Inflation rises 5.4 percent compared to the previous year, corresponding to the 13-year high 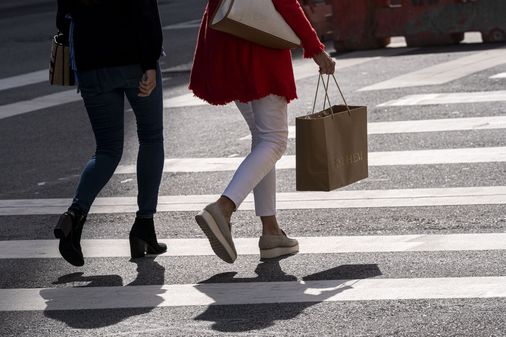 The consumer price index rose 5.4 percent year-on-year in September, the Labor Department announced on Wednesday, slightly above the 5.3 percent increase in August and corresponds to the increases in June and July, which were the highest since 2008. Excluding the volatile food and energy categories, core inflation rose 0.2 percent in September and 4 percent year-over-year. Core prices hit a three-decade high of 4.5 percent in June.

The unexpected surge in inflation this year reflects the sharp rise in prices for food and energy, but also new and used cars, hotel rooms, clothing and furniture, and other goods and services. COVID-19 has closed factories in Asia and slowed U.S. port operations, leaving container ships at anchor at sea and paying consumers and businesses more for goods that don’t arrive for months.

Higher prices also exceed the wage increases many workers can get from companies that have to pay more to attract employees. Average hourly wages rose 4.6 percent year over year in September, a sharp increase but not enough to keep up with inflation.

Disruptions in the supply chain continue to drive new car prices up, up 1.3 percent last month and 8.7 percent year-over-year, the largest twelve-month increase since 1980. Semiconductor shortages have limited vehicle production and fewer cars many left behind at the dealerships.

The rapid price hikes have put pressure on the Federal Reserve, which has pegged its policy rate near zero to stimulate more credit and spending. Still, inflation is well above its target of 2 percent. Chairman Jerome Powell has repeatedly said that gains should “wear off” over the next year, bringing inflation closer to target.

Fed vice chairman Richard Clarida reiterated this view in his remarks on Tuesday.

“The unwanted surge in inflation this year will ultimately prove largely temporary once these relative price adjustments are completed and bottlenecks cleared,” he said.

Raphael Bostic, president of the Atlanta Federal Reserve, joked in separate comments on Tuesday that “temporary” is now considered the equivalent of a curse word at the Atlanta Fed. Bostic said the price spikes mostly reflect the impact of the pandemic on supply chains, adding that they should wear off at some point, but it will likely take longer than many Fed officials initially expected.

The gains are also a weak spot for President Joe Biden, who was attacked by Republicans for boosting inflation with his $ 1.9 trillion bailout package passed in March this year.

The White House said Wednesday that it helped promote an agreement to keep the port of Los Angeles open 24 hours a day, seven days a week to ease supply bottlenecks and ease price pressures.

Gold is building up pressure for a breakout