Inflation is weighing on the American economy, says a survey 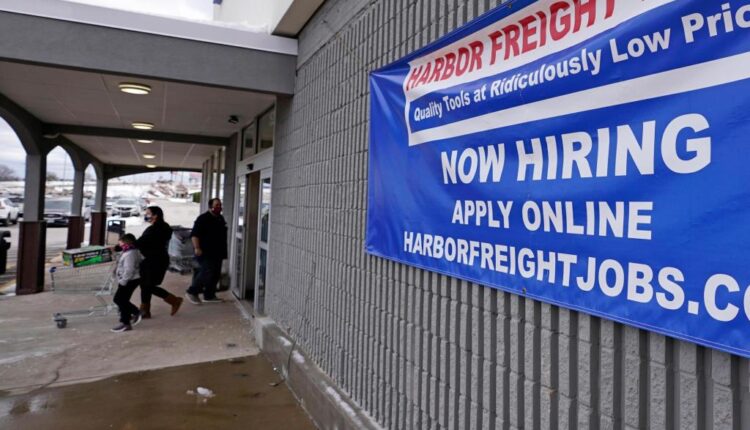 SAN FRANCISCO – Americans’ views of the US economy have deteriorated noticeably over the past month.

According to a survey by the Associated Press-NORC Center for Public Affairs Research, only 35% of Americans now rate the national economy as good, while 65% rate it as bad. That’s a decline since September, when 45% of Americans rated the economy as good, and a return to the state of view of the country’s economy in January and February, when the pandemic raged across the country.

The deterioration in Americans’ economic sentiment is because the cost of goods is rising across the country, especially gasoline prices, and bottlenecks in the global supply chain are making it difficult to buy anything from furniture to automobiles. The Department of Labor reported earlier this month that consumer prices rose 5.4% year over year in September, the largest one-year increase since 2008.

Nadine Christian, 55, said she was concerned about the rising cost of living over the past year.

“I grew up in the 1970s and I remember it was hard for my parents to make ends meet,” Christian said, referring to the last time the US economy was hit hard by high inflation . “It’s not quite as bad as it was back then, but I have the feeling that we could get out of hand every day.”

About half of Americans – 47% – now say they expect the economy to get worse in the next year, compared to just 30% who think it will get better. In a survey conducted in February and March, the situation was reversed: 44% expected the economy to improve in the coming year and only 32% said it would get worse.

Earlier this year, 70% of Democrats said they expected the economy to improve. Now only 51% do it. And the proportion of Republicans who believe the economy will get worse has increased to 74% from 59% at the beginning of the year.

Joseph Binkley, 34, of Indiana, said he is worried about inflation but thinks the problems in the economy are temporary.

“I think it’s mostly a question of supply and demand as the economy improves,” he said.

The survey shows that a majority of Americans are critical of Biden’s handling of the economy, with 58% saying they disagree and 41% saying they are okay with it.

Despite the deteriorating economic outlook for Americans, the poll found they remain relatively optimistic about their own financial condition. The survey found that 65% of Americans rate their personal financial situation as good, a number that has remained roughly constant since the pandemic began. Still, 24% say they believe their personal finances will deteriorate in the next year, up from 13% earlier this year.