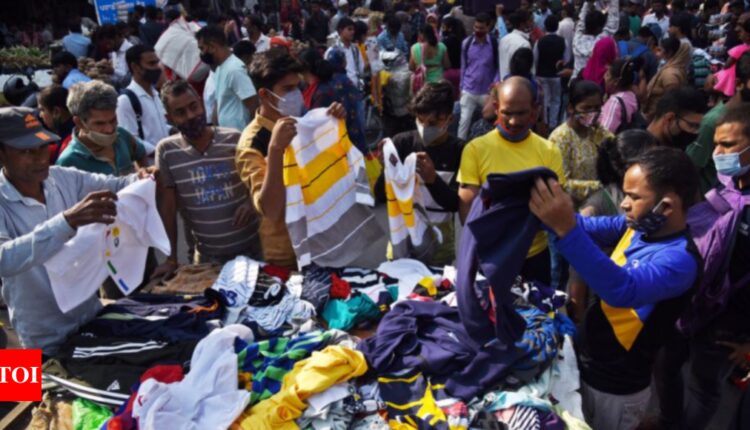 MUMBAI: The Reserve Bank of India’s Digital Payments Index also tracks the prevalence of the digital, taking into account the growth of the payment infrastructure. Of the four main goals of demonetization, India appears to have done well on three. The number of digital transactions has increased.
In addition, there was also a decrease in counterfeit currencies. Counterfeit banknotes revealed continued to decline from 3.1 lakh in FY19 to 2.9 lakh in FY20 and 2 lakh in FY21. There are also signs that the economy is becoming more formal.
According to SBI Group’s chief economist Soumya Kanti Ghosh, there are indicators that the informal economy has shrunk from 50% a few years ago to 20% of GDP. This is comparable to Europe and much better than Latin American countries, where the size of the informal economy is estimated at 34%.
“The surge in GST surveys despite shrinking GDP clearly shows that formalization has ensured that fiscal policy can be used as a countercyclical fiscal tool when revenues have collapsed due to the pandemic. This is a clear break with the past as fiscal policy in India has always been used as a procyclical instrument of fiscal policy, ”said Ghosh.
Recent data shows that while cash in circulation has increased again, it has not increased proportionally. The high degree of digitization has given the economy the opportunity to grow without a corresponding increase in liquidity.
“An increase in formalization and an increase in cash in circulation are not mutually exclusive. The actors in the formal economy are also consumers. Although they may have more cash on hand, more transactions are now being tracked through digital footprints, ”said Ghosh.
According to Ghosh, even the rise in cash after the pandemic is a mistake. “If we compare the currency-to-GDP ratio in FY20 (pre-pandemic) to FY11, the numbers are actually lower. For example, it was 12.1% in FY20 and 12.4% in FY11. So we’re actually becoming more digital and maybe less cash intensive, ”said Ghosh.

Not our job to run the financial markets on interest rates