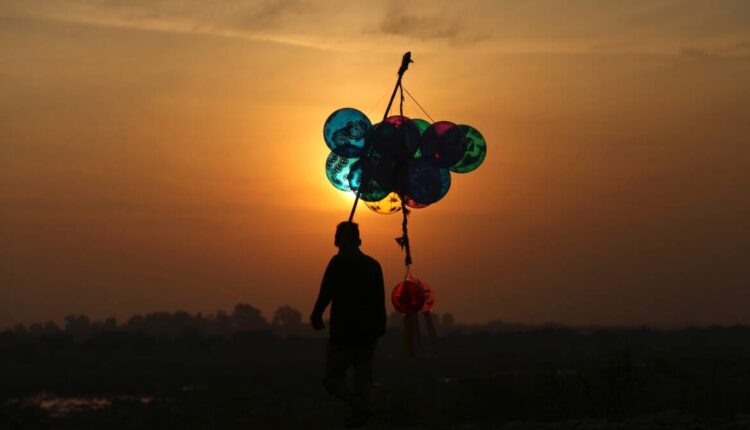 The world is struggling with another variant of the virus. While India has made commendable strides on the vaccine front – its scope has now been expanded – Omicron and its economic impact will dominate the discourse. So what else is likely to hit the headlines in 2022?

First, the return of inflation. Inflation has risen to record levels in the major economies. While most central banks expected an increase, it was expected to be “temporary”. This was not the case, however, prompting several central banks to be cautious. The Federal Open Market Committee (FOMC) members have pre-bought their rate hike expectations, and several other countries have already started tightening. Given that, inflation would be the most important variable to track in 2022. A faster-than-expected normalization could lead to financial volatility, which in turn could affect growth prospects.

Second, outbursts of market rage. Asset valuations are tense and any negative news from a faster than expected policy unwind, delayed recovery, or even new mutations could result in negative shocks and increased volatility in financial markets. Markets saw some correction in December and this could intensify or play out many times over by 2022. There are several triggers that could push markets over the edge and manifest themselves in the form of negative wealth and consumption effects.

Third, supply chain problems and labor shortages. Supply disruptions were one reason for the persistently high inflation. The supply response was much slower compared to the re-opening in demand in major economies, which put pressure on prices. In addition, temporary disruptions (such as the closure of the Suez Canal and congestion in the ports of Los Angeles and Long Beach) also exacerbated delays in delivery times. Problems such as semiconductor shortages also persist in the short term. Countries also experienced labor shortages as participation rates fell as workers chose not to return to work. The development of these disruptions through 2022 will play an important role in determining the course of growth and inflation.

Fourth, global trade. World trade saw a strong recovery in 2021, with the volume growing by around 10 percent according to estimates by the IMF. This played a major role in supporting the recovery in all economies – India’s goods exports rose 41.9 percent from January to November 2021. The rise was led by a favorable base, increased commodity prices and loose fiscal / monetary policies that led to a strong recovery in demand. These factors will be absent or likely to diminish in 2022, cooling world trade growth. With this in mind, India’s policymakers need to focus on structural measures to reduce the cost of doing business and help MSMEs to boost the country’s exports.

Fifth, execution of existing announcements. The Indian government has announced several measures in the last two to three years, including the Production Linked Incentive (PLI), Gati Shakti for multimodal connectivity, and the National Monetization Pipeline (NMP) to finance infrastructure development. These measures have the potential to stimulate private investment. Timely implementation would be of crucial importance to secure growth and to stimulate the medium-term growth path. Action on this front (including the 2022-23 Union budget allocations) would be crucial to determine India’s growth results in 2022-23 and beyond.

Sixth, private investment and housing. The investment scenario has been pretty bleak so far as new project announcements saw a sharp decline in 2020-21 and further into the first half of 2021-22. This is worrying as new project announcements in the current period would be vital to support investment demand in the medium term. However, there is some hope in the form of a rebound spearheaded by the PLI programs and a recovery (albeit nascent) in the housing segment.

Seventh, the election calendar. There are parliamentary elections in seven states in 2022. The outcome of these elections, particularly in Uttar Pradesh, Punjab and Gujarat, is being closely monitored. In addition, the presidential elections are due to take place in 2022, and the results of these state elections would play an important role.

This column first appeared in the print edition on January 8, 2022 under the title “What lies ahead”. The author is Group Chief Economist, M&M. Views are personal

A sharp rise in Omicron cases is renewing economic uncertainty