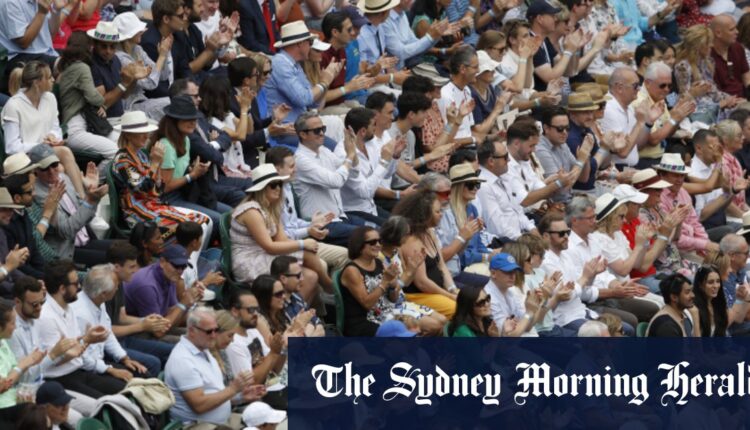 Morrison said the country will move into the second phase of recovery from COVID-19, allowing for fewer lockdowns or restrictions once 70 percent of the eligible adult population is fully vaccinated. He wouldn’t set a timetable, but he hopes to achieve this goal by the end of the year.

Until that transition, or Phase B, said Morrison, people who have been vaccinated can expect to have “special rules” in place, including relaxed restrictions.

“Why? Because when you are vaccinated, you pose a lower public health risk. You are less likely to get the virus. Less likely to transmit it. Less likely to have a serious illness. Why?” get and be hospitalized and you die less often, ”he said.

In a number of Australia’s largest companies, executives are eager to have their employees vaccinated. Large employers like Woolworths, Wesfarmers, and Coles actively encourage all of their employees to get the vaccination when possible and have offered to help the federal government vaccinate the public as well.

Employees have been offered incentives such as extra paid vaccination leave to attend appointments, and employers have tried to make sure team members know exactly what vaccine to get and when. Companies like Amazon have offered their employees a bonus payment once they are fully vaccinated against the virus. Existing conditions for flu vaccinations are also being examined as options for mass vaccination of staff.

Woolworths boss Brad Banducci, who was fully vaccinated with AstraZeneca, said this week the supermarket is determined to get its 120,000 employees vaccinated as soon as possible.

“It is now clear that accelerating the vaccination rate in Australia is key to protecting our communities and loved ones and easing restrictions,” he said.

“That’s why we’re committed to getting all of our teams vaccinated as quickly as possible – where supplies allow – and remain committed to doing our part in supporting vaccination efforts in the wider community wherever we can.”

Rob Scott, CEO of Bunnings and Kmart owner Wesfarmers, told The Age and The Sydney Morning Herald that a quick acceleration of vaccination is the only long-term solution to COVID-19 in Australia.

“The ongoing pandemic poses significant risks and uncertainties for Australia. Anything that can be done to encourage the delivery and distribution of vaccines should be done, ”says Scott.

This stance is borne out by almost all of the major business lobbies in the country, including the leading lobby group, the Business Council of Australia. Chief Executive Jennifer Westacott says the BCA’s 130 members, who employ approximately one million Australians, have worked closely with the federal government, but says more work should be done to show Australians that vaccination is the way out of the ongoing Were blocking.

“We have certainly come to a point where we need to take a sensible approach,” says Westacott. “Where we have international workers, we run the risk of compromising the integrity of our quarantine and containment systems, which means we will be a stop-start economy for another 12 months.

“At the very least, we have to be ready to have a specific conversation that the vaccine is worth something.”

However, aside from “strongly encouraging” employees to receive the vaccine, employers have few other options. Compulsory vaccination, a path started by some big international employers like Facebook and Google, is not an option in Australia right now.

Prime Minister Scott Morrison said the country will move into the second phase of recovery from COVID-19, allowing fewer lockdowns or restrictions once 70 percent of the eligible adult population is fully vaccinated.Credit:Alex Ellinghausen

“We believe that COVID vaccination should be a requirement for all aviation workers and that it will gradually be rolled out across the country,” he told ABC’s RN Breakfast on Thursday morning.

However, it took three national cabinet meetings before leaders agreed in early July on requiring vaccines for the country’s geriatric nurses who work with people at the highest risk of serious illness and death from coronavirus infection .

“Imposing a duty on a person to have a vaccine or not be able to work in a certain sector would not make any government frivolous,” the Prime Minister said at the time.

The country’s industrial relations framework does not currently allow employers to require vaccinations, and even if they did, many fear it would raise numerous other privacy and security concerns.

Others point out that given the current supply problems in Australia, compulsory vaccinations would not be possible, and some even fear that such a move could expose themselves and their staff unnecessarily to attacks and vitriols by certain parts of the community who are opposed to the vaccine.

With that in mind, Rob Scott says it’s way too early to discuss vaccines. “It is premature to think about vaccination requirements because not everyone has had the opportunity to get vaccinated,” says the Wesfarmers boss.

In countries that are much more advanced in adopting vaccines, discussions about mandatory vaccines and vaccination passports are taking on more concrete shape.

With more than 70 percent of the more than 67 million British citizens now fully vaccinated, Prime Minister Boris Johnson announced this week that people will soon be required to show proof of vaccination when entering nightclubs and concerts.

“Evidence of a negative test will no longer be sufficient,” said Johnson.

U.S. President Joe Biden announced this week that all federal employees will need to be vaccinated or face stressful tests, masking and social distancing rules as the Delta variant spreads and the country’s vaccination rate slows. About half the US population is vaccinated, but rates vary from state to state, and Biden was hoping to reach 70 percent coverage by July.

‘No jab, no entry’ possible for sports and concerts

Discussions about no-jab, no-entry policies are still in their infancy in Australia.

Evelyn Richardson, executive director of the country’s top board for the live performance industry, Live Performance Australia, says the industry has started having these conversations but the focus for the coming months has been on getting people back on the scene .

“The industry is looking at what it would be like in the future if everyone had the opportunity to get a vaccine, which will hopefully be by the end of the year or early next year,” she says.

The ability to monitor vaccination records from overseas was helpful, Richardson says, but it would need to be adapted for the Australian audience.

“The practicality of how it would work in the theater and at larger events is exactly what we’re focusing on right now,” says Richardson.

It could also become part of the sports fan experience in Australia, helping large crowds return to major events in COVID-hit Sydney and Melbourne.

Melbourne “Night Mayor” James Young says the pass is the only ticket to a grand AFL final and the crowded Melbourne Cup Carnival.

“I would like to believe that the Victorian government has a secret goal of getting tens of thousands of people into a huge gambling and fashion event and bringing a spring race vaccination card with them,” says Young.

“It is more optimistic that we need vaccination records for a big AFL final at the MCG. If we don’t have this rule, the grand finale won’t take place here and I want it back in Melbourne. “

Cricket Australia boss Nick Hockley told The Age and The Sydney Morning Herald this week that he was eyeing a Wimbledon-style vaccine passport system for this summer’s ashes. 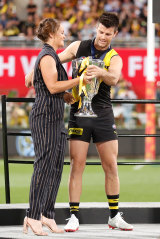 “This is something that the entire events industry is looking at very closely,” said Hockley. “We all want to return to major live events as quickly, safely and with confidence as possible, be it sports or entertainment.”

The AFL is also observing the return of crowds in the US and Europe with the help of mandatory vaccinations or negative testing, but a Victorian government source said it was impractical to put such a system in place in time for the AFL grand finale in September . Last year the game had to be moved from Melbourne to Brisbane during the tough lockdown, and Optus Stadium in Perth has already made its claim to host this year’s decision if it cannot be played in its traditional MCG home.

But a “no jab / negative, no entry” system is seen as a realistic option for major events in Victoria next year, according to the source.

Could it be ready for the Australian Open in January? This year’s belated Open has audience numbers capped at 50 percent, and tournament director Craig Tiley recently said community vaccination rates would play an important role in running the event.

“We are still working productively with the Victorian government and health authorities on the plans for the Australian Open in January and nothing is off the table in terms of the safety measures being considered. We are also learning from the experiences of our colleagues at Roland Garros, Wimbledon and the US Open and the Olympic Games, ”said a statement from Tennis Australia.

Richardson says the key to all of this is specific federal government targets for reopening: “There will be more bans in the next six to nine months. That’s the reality.”

The Morning Edition newsletter is our guide to the most important and interesting stories, analysis and insights of the day. Login here.