Harry Kane says his conscience is clear after the transfer interview 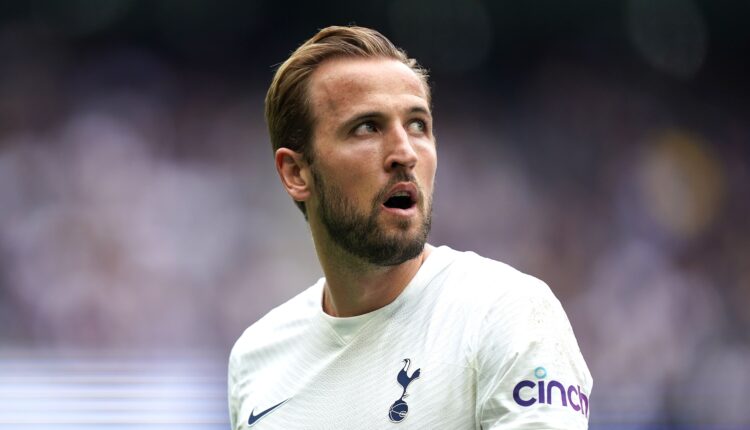 Tottenham striker Harry Kane insists he has a clear conscience after failing to move to Manchester City this summer.

Kane appeared to be heading to Etihad Stadium for a record fee at the start of the transfer window after returning late to pre-season training when reports of a move surfaced.

With speculation about his future, the English captain posted on Twitter last week that he was committed to Spurs for the foreseeable future.

Tottenham fans shouted “watch Harry Kane” as they beat City on the opening weekend of the Premier League season without their talisman on the team.

It remains to be seen how soon he will be fully welcomed again in north London – but he is not afraid that the events of the summer will have an impact.

“No, I don’t think so,” he replied when asked if he was concerned that his reputation could be damaged.

“Everyone who works in the soccer industry knows the specifics and I was calm with the situation. It was between me and the club, if you know the truth and what is going on, your conscience is clear.

“I’ve had ups and downs and I know a lot of people who know that I’m a professional athlete and that I dedicate my life to this game. My future focus is to win silver at Tottenham and this year is no different.

“We got off to an excellent start in the Premier League with three wins and we have a new coach. This is my focus. We want to win as many games as possible and get the trophy that I’ve wanted all my career. “

Kane, who will skip the Three Lions away to Hungary in World Cup qualifiers on Thursday night, said he was now fully focused on realizing his ambitions at Tottenham.

“I’m pretty good at getting away from it all,” he told talkSPORT.

“After the final, I was in England for a few days and then on vacation for a few weeks, and I seldom made phone calls. I know there was a lot of noise around me, but I was calm.

“I knew the situation between me and the club. Everyone had their opinion, but I’m fully focused on the club and the country and I’m looking forward to a great year. “