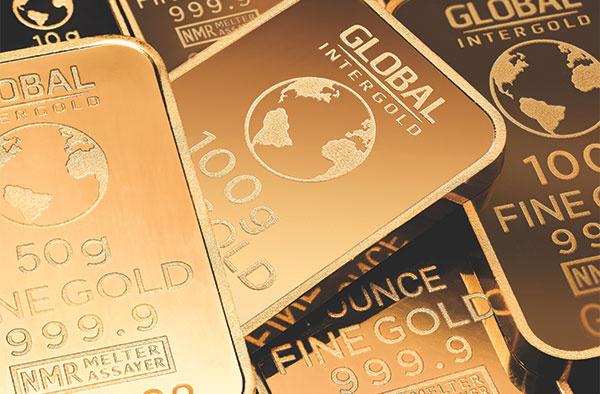 After 20 years, the longest war in US history is finally coming to an end (poorly handled). The war on opium poppy production in Afghanistan, on the other hand, is likely to escalate, potentially causing high costs for taxpayers.

In case you didn’t know, Afghanistan produces a lot of this stuff. The United Nations Office on Drugs and Crime (UNODC) estimates the country is responsible for a whopping 85% of the world’s poppy supply, much of which is used to make morphine, codeine, and heroin.

The Taliban “officially” banned poppy cultivation in 2000 – but soon realized that it could not do without poppy seeds. Poppy is “an attractive insurance policy,” according to a recently published Inspector General report. It is “light, easy to transport, lucrative and can be stored to await more favorable market or security conditions”.

Since 2002, the US has spent around $ 9 billion to fight the Taliban’s drug trafficking. Nevertheless, the cultivation was expanded. Last year, the opium poppy acreage in Afghanistan rose 37% from 2019 – even after US air strikes in 2018 destroyed a quarter of the poppy fields operated by the Taliban.

Do you think things will get better now that the US military is on its way? I guess no. Fighting poppy cultivation and export, the Taliban’s number one source of funding, is expected to require billions more.

Gold and Bitcoin have no counterparty risk

This is another reminder that US taxpayers and investors need their own “attractive insurance policy” against unbridled government spending and currency depreciation.

For my money, gold is such an asset because it has no counterparty risk. The more money is printed to meet government spending, the more valuable gold becomes, in my opinion.

The same applies to Bitcoin, which many perceive as “digital gold”. But as I told Michael Saylor during the webcast last week, I think Bitcoin shouldn’t be more than 2% to 5% of your portfolio right now. Crypto has incredible upside potential, but since it has only been around since 2009, it lacks the centuries-old track record of gold as a store of value.

Risk is exactly why Palantir Technologies chose to invest in gold. The data analytics firm, which was founded in part by billionaire Peter Thiel, announced last week that it was stockpiling up to $ 50 million worth of gold bars in preparation for “a future with more Black Swan events.” In addition, Palantir – named after the all-seeing crystal balls in Lord of the Rings – enables its customers to pay for its software in gold.

Palantir’s decision “is just the beginning of what will soon be many large companies converting their US dollar cash to gold,” the National Inflation Association (NIA) wrote in a note to subscribers.

Is gold being manipulated?

However, Bitcoin is on the up – today it jumped above $ 50,000 for the first time since May – while gold has continued to trade in a very narrow range since the last flash crash two weeks ago when the yellow metal fell below $ 1,700 an ounce .

The stronger dollar bears a great responsibility for the problems of gold. But something is wrong when inflation is 5.4% y / y and real interest rates stay deep in negative territory. According to one metric, interest rates are now lower than they have been since 1980, the same year that gold, adjusted for inflation, hit its all-time high.

Real interest rates have fallen to their lowest level since the 1980s.

Are investors betting that inflation will be “temporary,” as Federal Reserve Chairman Jerome Powell points out?

Or is gold being manipulated?

Speaking to Chris Powell (unrelated to Jay), Secretary and Treasurer of the Gold Anti-Trust Action Committee (GATA), the answer to the last question is a resounding yes.

In 2019, Chris told me that gold is largely manipulated through the futures markets and the London over-the-counter (OTC) market. “The mechanisms are gold swaps and leases between central banks and gold bullion banks and the sale of futures contracts,” he said.

When I asked him where he thought gold would be if it weren’t for the kind of institutional manipulation he’s observed, Chris wisely said that “the real value of gold is what our free market wants”.

If gold is suppressed, as Chris and others believe, while the G7 nations and central bankers continue their experiment in modern monetary theory (MMT), the spring effect has the potential to get even bigger. We could see gold at $ 2,000 to $ 2,400 an ounce.

Gold diggers could be a buy

No surprise, but the gold mines are also in the red, up to 20% for the year so far. Based on the 14-Day Relative Strength Index (RSI), the NYSE Arca Gold BUGS Index shows that producers are currently oversold, meaning they could buy in anticipation of higher metal prices.

It appears that gold mines are oversold

If I were to invest, I would focus on licensing and streaming companies like Franco-Nevada, Wheaton Precious Metals, and Royal Gold. As I have stated several times, these companies provide many of the benefits of the gold mining industry without many of the risks.

The latest receipts are evidence of this. Take Franco Nevada. Despite lower gold prices, the Toronto-based company reported record sales of $ 347 million in the second quarter, up 78% from the year-ago quarter. Adjusted net income was $ 182 million, nearly double what it was a year ago.

That means Franco is getting up for a record year, says Paul Brink, President and CEO, adding that the company’s licensing business model “is particularly attractive in times of cost inflation in the industry.”

Did you miss the webcast with Michael Saylor last week? Read my top 10 takeaways from click here!

Disclosure: All opinions expressed and provided data can be changed without prior notice. Some of these opinions may not be suitable for every investor. If you click on the link (s) above you will be redirected to one or more third party websites. US Global Investors does not endorse and is not responsible for all information on this website (s).

The Relative Strength Index (RSI) is a momentum indicator used in technical analysis that measures the extent of recent price changes to assess overbought or oversold conditions in the price of a stock or other asset. The NYSE Arca Gold Bugs Index is a rules-based, modified, equally weighted equity benchmark, which is intended to track the performance of companies that are active in gold ore mining and that do not secure their production for more than 1.5 years. The stocks can change daily. The stocks are shown at the end of the last quarter. The following securities mentioned in the article were held by one or more accounts managed by US Global Investors as of June 30, 2021: Franco-Nevada Corp., Wheaton Precious Metals Corp., Royal Gold Inc.

Center plans to close investment bankers for LIC-IPO this week