Global economy like a patient with experimental drugs, says Tooze 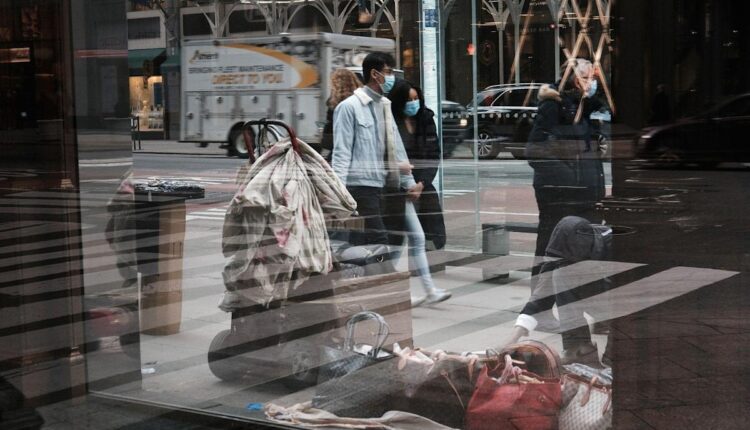 (Bloomberg) – The pandemic turmoil is likely just the prelude to a coming era of upheaval in the global economy as climate change and the rise of China turn the established order upside down, according to one of the world’s best-selling financial historians. The last book by Columbia University professor Adam Tooze examined the long aftermath of the 2008 financial crisis. His new book Shutdown: How Covid Shook the World’s Economy, published last week, is a story of the economic disruptions that caused by the pandemic – and how policymakers reacted. In an interview, Tooze spoke about the portrayal of an unprecedented crisis in the book, what governments and investors have learned from it, and how it is reshaping economies.

The following are excerpts from this conversation, which have been edited slightly for the sake of clarity.

What is the virus’ policy-making legacy considering what governments and central banks are doing?

I am in no way a debt alarmist, but there is no doubt that the extent of the balance sheet shifts that we have seen raises the question of who is fulfilling these commitments, on what terms, and for whose benefit, and over what horizon. And obviously, central bank policy comes into play because of its crucial role in manipulating interest rates. We figured out how a certain type of central bank intervention works to stabilize market-based financial mechanisms in times of crisis. We do not know what the longer term consequences of the level of stimulus we have given are. So it’s like testing drugs on a patient and knowing that they will work in the short term to relieve the pain and get us through the crisis. But we don’t really know what the long-term implications for the entire financial organism will be. There are deep concerns about the stability of some of the key markets, particularly the treasury market, and I think there will be an ongoing and very important and interesting discussion.

How did thinking about welfare states evolve? What does this mean for climate change?

We learned simple lessons about welfare states. Anyone who wants to alleviate acute poverty sends personal checks. It works out. Does this alleviate the structural long-term causes of poverty? Obviously not.

The book is an expanded dialogue on the Green New Deal program in the United States, which I believe is the only economic and social policy vision that, like it or not, and agrees with the details or not – actually put the pieces together. And that’s the kind of politics we need, and we desperately need conservatives to share their version of what this will be.

Time will certainly be so short that we now have to think of everything in the medium and short term. The age when we could think of the climate as a long-term problem is over. One of the sobering lessons we learned in 2020 is that our collective abilities to manage things through social discipline and collective action are really very limited in the West. Science is our best bet, and the next immediate question that follows, if that is the case, why on earth don’t we take it more seriously? How can we justify a situation when American households spend annual pet food and treats well above federal government spending on energy research? This is an absurd betrayal of this generation and future generations.

Is it important to start repaying pandemic debt now, or can it fall by the wayside?

In general, I have no problem with raising taxes when the macroeconomic situation is balanced and it makes sense. But raising taxes, balancing a budget per se in a situation where there is still a serious macroeconomic void and there is very little evidence of pressure on the bond market, is unfounded technically solvable among adults, and focus on the basic questions of what our capacity constraints are, what supply constraints are real, and what spending priorities we have – that just seems common sense, to be honest. And I am amazed at the rationale for something that says balancing the budget is our priority right now.

What do you think central banks will do next? Could they get dressed too early?

We have this painful, delicately balanced central bank situation, but we are not seeing any signs so far, and that is quite impressive. I don’t see any imminent risk of any unfortunate news. In the US, the obligation is to keep the financial markets generally simmering. It is very difficult to see [Federal Reserve Chairman Jerome] Powell and his cohorts are making all sorts of moves that would destabilize that. This is all based on my assumption that the symptoms of inflation are really transitory. If they don’t, I think the compromises will be a lot harder for them.

Could high inflation in the US discredit fiscal policy?

That’s one of the reasons I really hope it’s fleeting. Because if not, then I agree with that type of diagnosis. But I am also a historian very interested in the events of the 1970s. And if that is our benchmark for the nightmare scenario of seriously frozen inflation expectations, I just don’t see the mechanisms by which that is built in. It may be a bit simplistic to focus on the wage-price spiral, but I just don’t see it there. That doesn’t mean wages are unresponsive. They are reacting in the US. But what you don’t see is organized labor, cost of living adjustments, you don’t see the entire corporatist apparatus that in the end I believe is key to understanding 70’s inflation. We haven’t been here yet. We haven’t seen this kind of spike before, we haven’t seen these kinds of supply chain disruptions. But I don’t really see the mechanisms by which we could see inflationary momentum entrenched.

Because the workforce is so eroded?

A basic parameter for the activism of monetary policy at that moment was that nobody had to worry about things that Rüdiger Dornbusch was worried about in the 70s, 80s and 90s. I was stunned when I came across this collection of his newspapers that began circulating on the internet about a year ago, and they are so clear about the trade-offs between what he calls “democratic money” and “healthy money”. And the wording is just stark. We don’t have this problem at the moment. Democracy in its current form does not pose a problem for price stability. And that changes the whole game for independent central bankers in a world in which there is no real danger of being embroiled in a corporatist power struggle between capital and labor. You have this strange situation from [ECB President Christine] Lagarde and Powell excel in their gestures on issues of social justice and climate and so on. [Lagarde] is basically a conservative politician. But in this space, in this moment, free to act in a way that takes on a progressive aspect.

This press conference [Powell] was, I think it was in April when the Fed chairman suddenly lectured journalists about seeing the collapse in employment and incomes in the lower half of America’s income distribution – I never thought I would would see something like that. It was an extraordinary moment.

How will future economic historians see the Trump presidency?

The interesting thing about the Trump era is that we had a natural experiment. Trump was such a populist right-wing extremist. He just didn’t have a fiscal conservative bone in his body. And so he bragged about metrics that leftists used to quote. The black unemployment rate used to be a hammer that the left would use to attack the Fed – and there we have Donald Trump of all presidents who says he’s the best president for blacks in America since Abraham Lincoln because of the unemployment rate for black men so high is at a record low. This is a dizzying reversal of the fronts. He was really a Latin American-style populist – but without the social base. It’s not as if Trump was propelled by an insurgent working class union movement. It was the S&P 500 and the Reddit investment crowd. But it’s not a large fraction of the American population. It in no way represents the American blue collar.

‘Shutdown’ is not an anti-Trump book in the simple sense of the word. He’s obviously terrible in many ways for the American Constitution, a person who is deeply uncomfortable but not in economic policy. I think the confusion for the left and liberals in general is precisely that the only people who are seriously outraged will be the kind of ruby, centrist, conservative democrats of the 1990s. But they’re a dying breed anyway, you’ve revoked them all. To say we didn’t do enough in 2009. And if you’re an MMTer – if there has ever been a president who is better and more comfortable with the fiat money concept, there has never been a better one than Trump. As long as his name was on the checks, everything was fine.