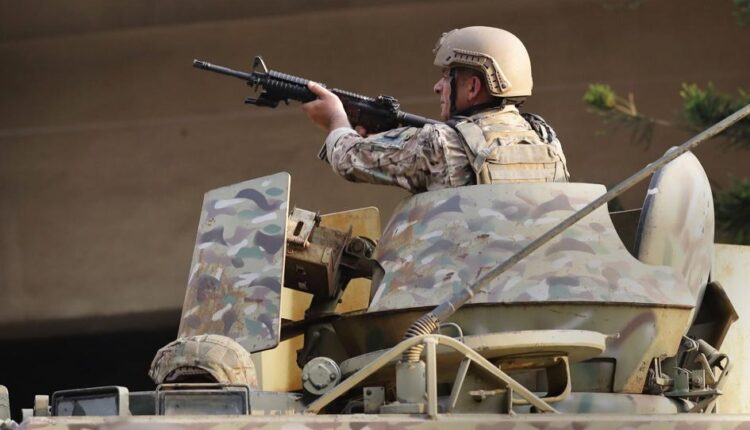 BEIRUT (AP) – In an effort to stabilize Lebanon after a series of crises, France and the US on Friday urged Lebanese politicians to urgently form a cabinet and were planning an international conference in support of the effort.

“All parties concerned must work urgently to set up a government that is able to implement reforms immediately,” tweeted US Secretary of State Antony Blinken.

The announcements came in a moment of great uncertainty after Prime Minister-designate Saad Hariri resigned over disagreements with the president over the shape of the cabinet. He has not named anyone to accept the post. Hundreds of his supporters rioted in the streets, blocked main roads and threw stones. On Friday morning, Lebanon’s pound hit new lows of 23,400 per dollar on the black market.

President Michel Aoun was expected to call for consultations with the leaders of the parliamentary blocs. The person who receives the most support is asked to help set up a new cabinet.

In the US, the Biden administration expressed disappointment that Lebanese politicians have wasted the nine months since Hariri’s appointment.

France, once colonial ruler of Lebanon, has urged Lebanese leaders to swiftly form a government tasked with implementing much-needed reforms and tackling the corruption that has nearly bankrupted Lebanon.

The French Foreign Ministry said the latest developments confirm the political impasse in which “Lebanese leaders have deliberately withheld the country for months, even as it plunges into an unprecedented economic and social crisis”.

The ministry said there is now “an absolute urgency to get out of this organized and unacceptable disability”. It added that France, with the support of the United Nations, would convene an international conference on August 4th.

The date marks the first anniversary of a massive explosion in the port of Beirut that killed more than 200 people, injured over 6,000 and damaged entire neighborhoods of the capital. The explosion was caused by the ignition of hundreds of tons of ammonium nitrate, a highly explosive fertilizer that high-ranking government officials knew had been stored there for years.

Lebanon has not had a fully functioning government since Prime Minister Hassan Diab’s cabinet resigned days after the explosion.

French President Emmanuel Macron has visited Lebanon twice since the explosion and urged Lebanese politicians to quickly form a cabinet to implement reforms. Earlier this week, a French minister who was visiting Lebanon said Paris would soon start imposing sanctions on politicians who block the formation of a government.

France hosted an economic conference for Lebanon in April 2018, which promised billions in investments and loans in return for reforms. The funds were never released as the political class was blamed for decades of corruption and the mismanagement continued with the normal course of business.