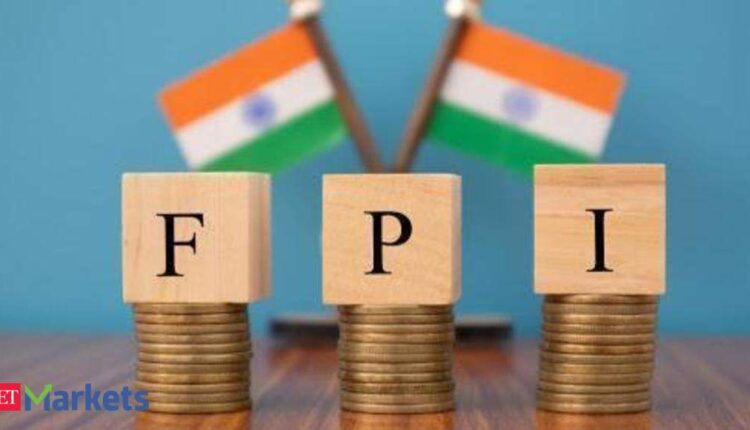 New Delhi: In the first five trading sessions in August, foreign investors were net buyers of Rs 1,210 billion in Indian markets due to domestic factors. They invested 975 billion rupees in stocks from August 2 to 6, according to data from the custody accounts.

This brought total net investments to Rs 1.210 billion during the reporting period.

“Markets were buoyed by a number of domestic indicators such as the rebound in PMI scores, the lower unemployment rate in CMIE surveys and the rebound in GST revenues, although concerns about the third wave in world markets remained,” said Shrikant Chouhan, executive vice president, equity technology research at Kotak Securities.

However, Himanshu Srivastava, Associate Director – Manager Research, Morningstar India pointed out that this is not yet a sign of a turnaround.

“Higher valuations, soaring oil prices and a firm US dollar have kept FPIs away from Indian stocks. They have also posted gains on a regular basis, with markets trading near all-time highs,” he added.

Overall, the MSCI Emerging Markets Index is up 1.51 percent this week, Chouhan said.

All major emerging and Asian markets saw FPI inflows this month with the exception of Thailand.

On the flip side, Thailand has had an FPI outflow of $ 182 million to date, he added.

Regarding the future of FPI flows, Srivastava said India remains an attractive investment destination from a long-term perspective. As the macroeconomic environment improves and the domestic economy begins to recover, the FPI flows can be expected to recover.

However, the risk of a possible third wave could discourage foreign investors.

Given the high valuations, interim profit bookings cannot be ruled out either, while dollar movements will continue to hurt foreign inflows into Indian stocks, Srivastava said.