Formula 1 races set for Qatar races in the revised calendar 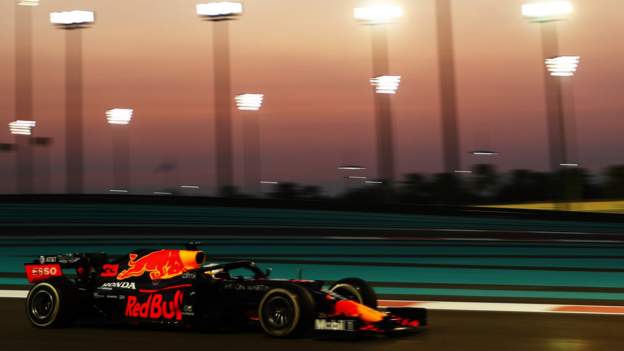 Formula 1 has reduced its schedule to 22 races this season due to complications related to the pandemic.

A revised calendar has a vacancy on November 21st, which will be occupied by the first Qatar Grand Prix.

Qatar, which will be confirmed when the contract is signed, will be the last of three consecutive race weekends after the events in Mexico and Brazil.

The Turkish Grand Prix has been postponed to October 10 to fill the space vacated by the canceled Japanese Grand Prix.

F1 has planned its longest season ever with 23 races this year. President Stefano Domenicali had tried to hold onto that number of races but was forced to rethink due to complications from the pandemic.

The current schedule is also the longest ever in what F1 describes as “a great achievement for an international sport amid an ongoing global pandemic”.

The Japanese Grand Prix was canceled due to an increase in Covid cases in the country, and that followed earlier cancellations of races in Australia, China, Canada and Singapore.

Turkey will be followed by the US Grand Prix in Austin, Texas on October 24th, which has been planned for a long time.

This scheduling causes problems as the majority of the teams are based in the UK and Turkey is on the UK government’s red list of countries that require returnees to be quarantined for 10 days in government-run hotels.

The teams have told F1 that they will not allow their employees to be forced through this quarantine for reasons of the calendar.

The hope is that Turkey will be put back on the yellow list when the government reviews its Covid travel restrictions next month.

If it stays red, the teams should move directly from Turkey to the USA and wait for the quarantine period there.

Mexico and Brazil are also on the UK red list, but positioning the event in Qatar resolved that problem.

Domenicali said: “The pandemic continues to challenge the season, but we have shown that we can adapt and we are confident that we can do a record 22 races this year despite a global pandemic.

“I would like to thank the promoters in Brazil, Mexico and Turkey for their patience and flexibility and we will be sharing the details of the final addition shortly.

“This season is proving to be an incredible battle on the track and it’s tremendously exciting for our fans around the world and we look forward to the intensity continuing in the races ahead.”

The season ends as planned with the new Grand Prix of Saudi Arabia on December 5th and the race in Abu Dhabi on December 12th.

F1 is confident it can protect its staff in locations with high covid rates as the sport has been subject to strict protocols since the 2020 season resumed last summer after the pandemic started.