Evergrande Crisis: US Federal Reserve warns that China’s real estate problems could harm global markets and the US economy 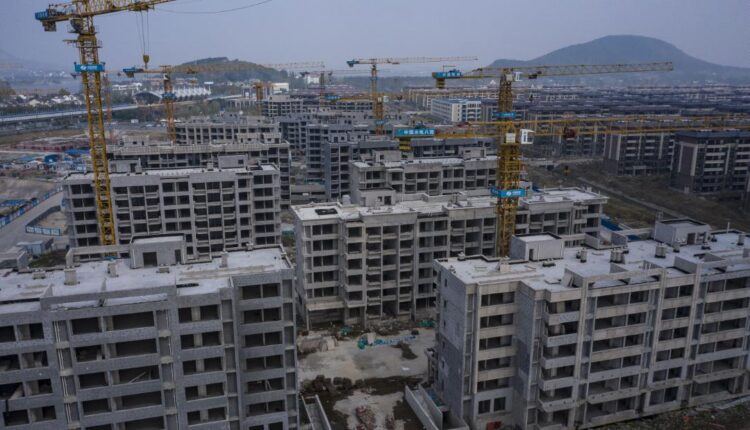 The US Federal Reserve warned on Monday that China’s ongoing real estate worries were adding to the “financial stress in China, [which] could continue to weigh on global financial markets and negatively affect the United States. ”In its semi-annual financial stability report, the Fed specifically highlighted the crisis in Evergrande, China’s most indebted developer, which could exceed 300 in debt Billions of dollars in arrears. Several other real estate developers are also in trouble, the Fed noted.

The central bank warned that, given the size of China’s economy and financial system and its global connections, “Financial tensions in China could weigh on global financial markets by worsening risk sentiment, pose risks to global economic growth and affect the United States. “

Evergrande is one of the largest real estate developers in China. The company is one of the Global 500, making it one of the world’s largest companies in terms of sales.

Stocks in Hong Kong, New York and other major markets have previously been affected by fears of contagion from Evergrande and a slowdown in Chinese growth. Those worries have subsided in the past few weeks as Evergrande managed to find enough money to pay off international debt repayments, including raising approximately $ 144 million in the past few days through the sale of a small stake in media company HengTen Networks Group. But he has much bigger bills ahead of him in the months ahead. The continuing fiasco of the conglomerate is seen as a major test for Beijing. Initially, some even voiced the possibility that the company’s default could become China’s “Lehman Brothers moment,” though many analysts later said the government was unlikely to allow it.The People’s Bank of China had previously stated that Evergrande had done its business poorly, but that the risks to the financial system were “manageable”. And Chinese Vice Prime Minister Liu He has stressed that risks are generally under control despite what he calls “individual problems” in the real estate market. Last month, authorities also urged companies to pay off their debts – and the principal and interest payments on their overseas bonds, a government statement said. It was not specified which companies the message was addressed to. But in the past few weeks a number of real estate developers have been exposing their own cash flow problems, asking lenders for more time to repay or warning of possible defaults.

Much is at stake: real estate – and allied industries – account for up to 30% of China’s GDP.

Top news of the day: Chennai rang a red alert for the next two days; BJP Seeks Rahul Gandhi’s Answer To New Rafale Revelations And More

Would you like to learn how to invest as a professional trader? This 100% Mexican stock exchange and brokerage academy teaches you