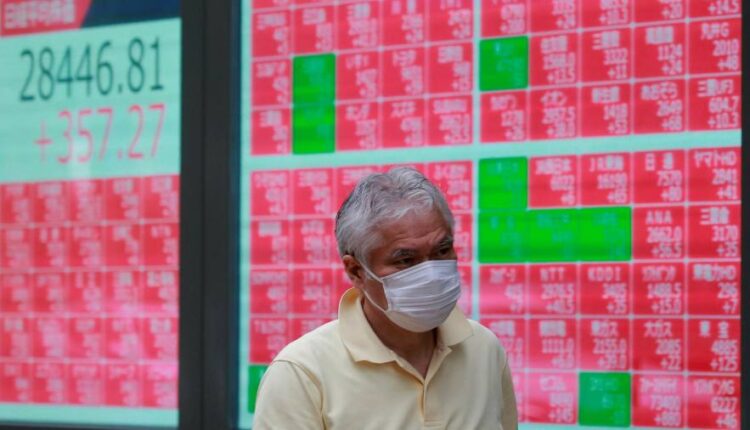 The regional Stoxx 600 share index rose 0.8 percent after rising for the seventh month in a row in August. The London FTSE 100 also grew by 0.8 percent.

In Asia, the Hang Seng Index in Hong Kong rose 0.6 percent, the Topix in Tokyo rose 1 percent and the CSI 300 in mainland China rose 1.3 percent. Brent crude, the international energy benchmark, rose 0.5 percent to $ 71.99 a barrel ahead of a meeting of OPEC and its allies on Wednesday.

The moves came after Caixin’s purchasing managers’ index, an independent survey of Chinese factory activity, fell below the 50 mark, separating monthly expansion from contraction, for the first time since April 2020. This followed a slowdown in industrial production and export growth last month. Travel restrictions to control the spread of the delta coronavirus variant, regulatory crackdown on the education and technology sectors, and bank lending restrictions to cool off a real estate boom.

Investors in Europe and the US had previously anticipated a broad slowdown in China, but the flood of recent weak data now drove a “bad is good approach that predicts further monetary easing,” said Emmanuel Cau, head of European equity strategy at Barclays .

In the debt markets, the yield on 10-year government bonds rose 0.02 percentage points to 1.326 percent ahead of Friday’s US labor market data.

Analysts polled by Bloomberg expect Friday’s monthly non-farm payroll report to show that the US economy created 750,000 jobs in August. The US Federal Reserve has promised to continue to deliver 120 billion a month.

The dollar index, which measures the US currency against other major economies, rose 0.1 percent. The euro remained stable at $ 1.1803 while the pound sterling also stayed at $ 1.3754.

Futures markets signaled that US stocks would continue to rise on Wednesday, despite a Conference Board poll showing US consumer confidence hit a six-month low in August on rising delta cases and rising inflation.

Contracts betting on the direction of Wall Street’s S&P 500 rose 0.4 percent after the index closed its seventh straight month in August.

“The [equity] Market should allow for a temporary slowdown in economic activity, however [it] not, ”said Sebastian Galy, Senior Macro Strategist at Nordea Asset Management.

Instead, the low income yields on government bonds, squeezed by monetary stimulus from the Fed and the European Central Bank, continued to fuel a “lack of alternative mindsets” that led investors to buy stocks, Barclay’s Cau said.

Democrats Say Abortion Is on the Line in Recall Election. But Rolling Back Rights Wouldn’t Be Easy.