Energy Prices: Key To Understanding The Rising Cost Of Electricity In Spain | Economy and business 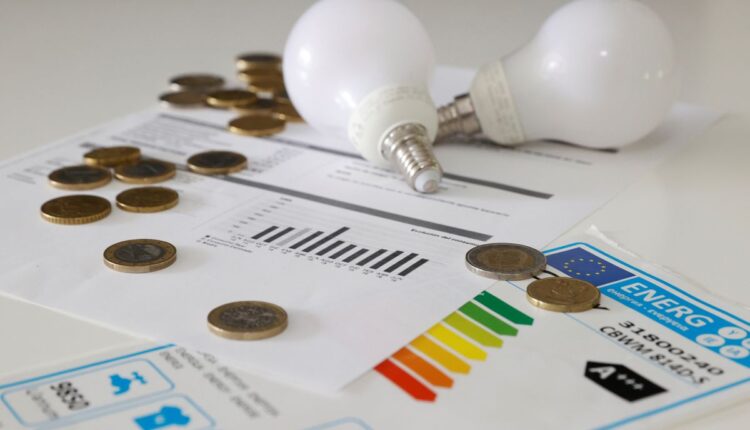 The price increase in Spain’s wholesale electricity market, which sets the amount that household utilities pay, has hit five record highs in a row this week and is affecting domestic consumption. On Thursday, the Minister for Ecological Change, Teresa Ribera, admitted that there is little the Spanish government can do in the short term. It is external factors that trigger price increases that are expected to continue to rise. Here’s a guide to understanding what’s behind the price hikes.

1. Why are electricity costs rising?

The wholesale trade is registering record prices. This is the amount paid by the companies that provide electricity to households and to whom the bill is paid, of which there are around 300 in Spain, although Endesa, Iberdrola and Naturgy have the lion’s share of the market. The price is set through a daily auction. The electricity providers bid with what they want to buy and how much they are willing to pay; and the generators indicate how much energy they can sell at what price. The operator of the Iberian energy market (Omie) compares them and the result is an amount that is set on the following day in time frames over 24 hours. The final price is the one that is paid to all electricity producers, even if they can produce cheaper electricity.

2. Why is it more expensive to generate energy with fossil fuels?

The international gas markets set very high prices. This is because last winter was colder than usual and many countries, including China, ran out of gas. In order to prepare for the coming winter, they have to fill up their reserves and so the price has risen from around 16 euros per megawatt hour (MWh) last winter to currently over 46 euros. Added to this are the costs for the release of carbon dioxide (CO2) as part of the European Union’s emissions trading system. This price has also increased this year due to the Brussels decision to reduce emissions.

3. How long will prices stay high?

The futures markets, which are used to predict trends, suggest that electricity will remain expensive for an extended period of time. If the gas price is used as an indicator, experts assume that the current situation will last at least until the first quarter of 2022. Another topic is the prices we saw this week. The heat wave that hits Spain has helped as it increases the demand for air conditioning, while less wind means less wind power is generated. The result is more electricity generated by burning gas. The current upward trend is likely to end this Saturday, as the lower industrial demand on the weekends leads to lower prices. But if the heat continues, there could be a rebound with new highs on Monday.

4. How is the wholesale auction price carried over to the household invoice?

In Spain private consumers can subscribe to the regulated tariff (the voluntary price for small consumers or PVPC) or purchase electricity on the open market. According to the latest data from the National Commission on Markets and Competition (CNMC), the former account for 10.6 million households and the latter for 16.2 million households.

The regulated tariff is indexed to the wholesale market and therefore the price for each kilowatt in terms of consumption (one of the items paid for when the power supply contract is signed) fluctuates according to the market. The wholesale market price also affects other usage-based items, such as sales tax: paying 10% of something that costs € 1 is not the same as paying 10% of something that costs € 3. Previously, the consumption-based part of the bill did not exceed a third of the total, but in such circumstances, when the price per kilowatt increases and other items remain stable or even decrease, such as VAT, consumption makes up almost half of the total bill.

5. What happens if I am not on the regulated tariff?

Bad news. This will almost certainly affect you in the long run, if it isn’t already affecting you. This depends on the type of tariff that you have agreed with the provider. Some work similarly to the PVPC and oscillate with market prices. Others have hourly differences, but at fixed prices. But the escalation of the wholesale market is also having an effect on tariffs that use a price agreed in advance between the provider and the customer. “In the face of significant long-term price increases, companies are ultimately forced to raise prices,” says energy analyst Ricardo Margalejo, co-founder of Gana Energía.

6. What other costs are on the invoice?

In addition to consumption, other regulated costs are paid on the electricity bill, for example for the transmission and distribution networks (the systems and power lines that carry electricity from the places where it is produced to households, some of which are state-owned multinational Red Eléctrica de España and partly to the electricity company). In addition, there are fees for the promotion of renewable energies as well as fees to cover tariff deficits and to share the higher costs of non-mainland systems. These costs depend on government decisions. Part of the bill also depends on the energy potential completed by each household, the charges for the rental meter and taxes.

7. How can you lower your bill?

“There are always things that can be done, but the reality is that they are limited,” says Miguel Ángel Serrano, vice president of Consumers in Action (Facua). Measures that can help keep electrical devices off standby, such as the red dot on TV, using power strips with switches that allow you to completely disconnect the power, leaving chargers unplugged, and putting on devices like irons and washing machines Machines outside of peak hours. “The solution is not for consumers to adjust their habits because their margin is low,” said the organization. “It is up to the institutions, especially the government, to take action that will help consumers.”