Is the US SEC Trying to Manipulate the Bitcoin Supply?

When CME Group launched the first bitcoin futures contract in 2017, the firm’s CEO emeritus, Leo Melamed, famously declared that he would “tame” bitcoin. Since then, several ETFs have been approved by the SEC. But as exchanges increased the supply of BTC by selling “paper bitcoin,” questions of market manipulation began to surface.

Melamed told Reuters at the time: “We will regulate, not make Bitcoin wild or wilder. We will tame it into a regular trading instrument with rules.”

The exchange traded fund, or ETF, allows investors to buy into an asset that tracks the price of Bitcoin. But without actually directly owning the underlying asset. In the US, such funds fall under the jurisdiction of the Securities and Exchange Commission (SEC).

Structured similarly to an IOU, an informal acknowledgment of debt, the ETF takes the form of a piece of paper that can be exchanged during the trading process. Observers are concerned whether paper bitcoin’s goal is to manipulate the underlying asset with the help of the SEC as a regulator.

“It’s the banks that are trying to take control, but it’s just the normal system that they’re using,” James Crypto Guru, founder and CEO of crypto platform MagicCraft, told BeInCrypto.

“In a way it controls and manipulates. But people understand that they want bitcoin off the blockchain and over time theirs [banks’ BTC holding] The size will be much smaller than the overall market,” said the retailer and YouTube influencer.

James Crypto Guru expects market manipulation issues to cause bitcoin price to drop in the short-term. But in the long run[this will be] very good for adoption,” he added.

The SEC approved the first Bitcoin ETF investing in futures contracts in October 2021. Proshares Bitcoin Strategy exchange-traded fund went public on the New York Stock Exchange on Oct. 19 and was the first-ever Bitcoin ETF in the United States.

Nearly $1 billion worth of shares changed hands on the first day of trading. Following the ETF approval, Bitcoin’s price surged to $64,124, a record at the time. But Bitcoin has since plummeted 75% to $16,500 at the time of writing.

Crypto analyst Willy Woo commented that the Bitcoin futures ETF would be bad for retail investors as it gives an advantage to institutional investors like hedge funds.

“In my opinion it will be an expensive way to hold BTC,” Woo tweeted at the time. “The exchange-traded fund effectively outsources ownership of bitcoin to hedge funds through a chain of profit incentives,” he said.

Woo argued that a bitcoin futures ETF has the “potential for price suppression and more volatility due to futures dominance.” That’s because he expects BTC futures to become more expensive relative to the spot price due to large long positions being opened by hedge funds.

It is common practice in the gold markets that ETFs have become price leaders. According to experts, they are also used for pricing. The same practice appears to have been adapted for bitcoin markets as well.

Serhii Zhdanov, CEO of crypto exchange EXMO, told BeInCrypto that paper Bitcoin adoption should be looked into. “Financial market manipulation is a serious problem not only for crypto but also for other publicly traded assets,” he said.

“When it comes to CME, the SEC acts as a watchdog, guaranteeing asset safety. The creation and regulation of such assets should be transparent and understandable for investors. This gives them peace of mind that their investment is safe.”

BeInCrypto reached out to SEC Commissioner Hester Peirce, but she was unavailable for comment “due to the business press.”

Chris Esparza, CEO of Vault Finance, said the goal of bitcoin futures contracts is never to manipulate the underlying asset, although that can happen. He went on to warn of potential scammers.

“The goal is to open trading to more investors without having to physically handle the underlying asset. Unfortunately, this also allows people to trade things they don’t own,” Esparza told BeInCrypto.

“The effect is great. When people can trade futures and bitcoin without owning the physical asset. ‘Paper Bitcoin’ can have a big impact on the price when it’s bought and sold.”

Not all gloom and doom

Bitcoin’s primary value comes from two things. First, unlike other crypto assets, BTC is truly decentralized. Second, its scarcity with a maximum supply of 21 million coins.

However, Bitcoin ETFs increase the supply of Bitcoin by selling paper Bitcoin. Investors don’t have to hold BTC directly. An increased supply dilutes the value of the coin.

“Regardless of whether the goal is to manipulate the underlying asset, it certainly does to some extent,” said Ben Sharon, founder and CEO of tokenized gold platform Illumishare.

All is not gloomy and ominous when it comes to bitcoin futures contracts. Andrew Weiner, vice president of Asian crypto exchange MEXC, explained that the so-called paper bitcoin deals with the skepticism of people who know little about cryptocurrencies.

“The emergence of more and more paper Bitcoin shows that BTC’s compliance and maturity has been highly recognized by the market,” Weiner told BeInCrypto via email.

“This not only accelerates the entry of traditional institutional investors and other traditional traders, but also increases the confidence of crypto users. Paper Bitcoin will bring in funds from traditional finance, which is expected to take BTC to new heights.”

“The idea behind paper bitcoin can hardly be called manipulative, as it serves rather the development of the sector as a full-fledged participant in the financial industry,” explained Zhdanov.

“The advantages of such an asset outweigh the disadvantages. But it is necessary to fundamentally evaluate the fund or exchange issuing such assets because no one wants to lose money.”

Zhdanov said if managed well, paper bitcoin can perform the same as paper gold, oil, silver, and copper, among others. He said Bitcoin ETFs would have a positive impact on BTC pricing due to increased institutional involvement. 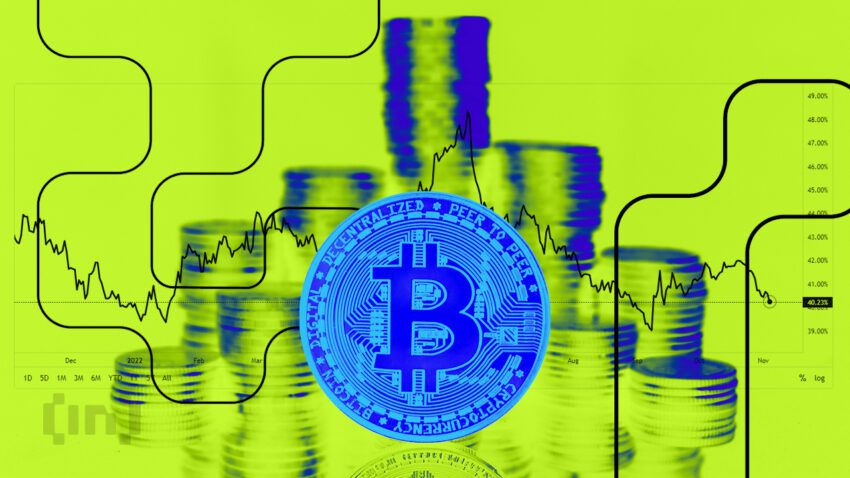 A bitcoin futures ETF can do well for mainstream adoption. However, it could “go against the decentralized ethos that BTC stands for.”

There is concern that BTC will be “trapped” by hedge funds and big banks, which could end up manipulating the price.

“BTC as a decentralized bearer instrument is key. Imagine all bitcoin held as an ETF with one provider,” Willy Woo said last year.

“This provider can now change the convertibility ratio and later decouple it as a new Fiat. This happened to gold when we were on the gold monetary standard.”

However, the full benefit of the idea will be seen when the market is more stable. Experts say this is especially true for political events affecting market and economic dynamics.

How to manage credit and financial risks in an unstable economy