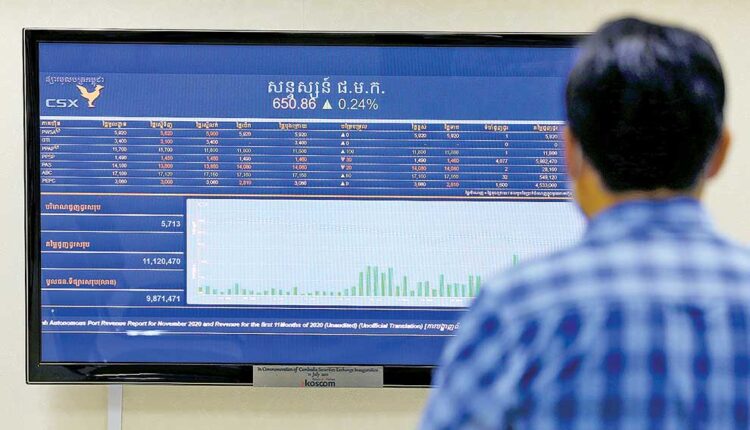 DBD Engineering Plc has sold all 6,461,538 shares on offer prior to the initial public offering (IPO) it expects next month as it will be the first company to go public on the Cambodia Securities Exchange (CSX) Planke.

According to SBI Royal Securities Plc (SBIR), the underwriter or manager of the IPO, around 3.4 million shares have been sold to strategic investors and the rest to individual investors.

The Securities and Exchange Regulator of Cambodia (SERC) approved the results of the subscription offer and the refund list on August 25, SBIR said, adding that investors who did not receive the shares they paid would be refunded on August 27.

SBIR executive director Seng Chan Thoeun told the Post on Aug. 29 that there had been no bookbuilding process for the IPO and that the price was set based on the stock valuation report from SBIR, DBD and major investors.

“As a normal marketing process and before we open subscription, we need to find strategic investors. However, given the current level of demand, I believe that only retail investors can do the full IPO without prior support from strategic investors, ”he said.

Chan Thoeun said the listing date will ultimately depend on the CSX, but added that he is expecting this week or early next week.

At a virtual IPO roadshow on July 19, DBD Managing Director Neang Vithy stated that the company was founded in 1995 to supply hospitals and homes with high-quality water, electricity and air conditioning systems that are continuously supported by customers.

DBD received the final approval for the IPO from the SERC on June 24th.

“I sincerely hope that DBD will have the investor support that will enable DBD to make a successful move on the Cambodia Securities Exchange and expand its business potential,” he said.

On July 22nd, CSX granted property developer JS Land Plc general approval to review the admission test for stocks for trading on the Growth Board. JS Land is on the verge of becoming the second company after DBD to be listed on the secondary board of the exchange.

The Growth Board was launched in late 2015 as a secondary platform to remove some of the barriers to listing and to better serve companies with less access to capital or financial resources. But not a single issuer had been attracted over the years, although the main board saw increasing growth.

According to SERC regulations, companies must have at least $ 500,000 in working capital to be listed, compared to $ 7.5 million on the motherboard.

Companies listed on the platform are also required to publish audited financial results for one year, compared to the two years required for larger companies.

In addition, the results must show positive net income or positive operating cash flow with a gross profit margin of at least 10 percent.