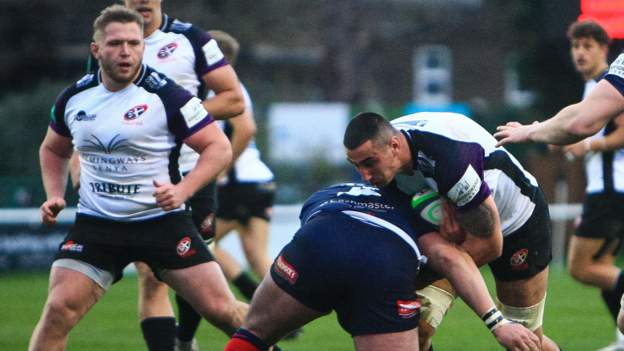 The Cornish Pirates took their first London Scottish win in more than a decade when they beat the bottom of the championship 19:17 in a close match in Richmond.

But the goals for Brian Tuilagi and Noah Ferdinand saw the Scots lead 16 minutes before the end with 17:12.

Sirker got his second three minutes later to level the score when Arwel Robson hit the winning conversion.

The win kept the Pirates in second place on the championship standings, but the lack of a bonus point meant they were three points behind leaders Ealing, while Jersey Reds are now level with the Cornish side.