Clover plans to list 320 million shares in the IPO 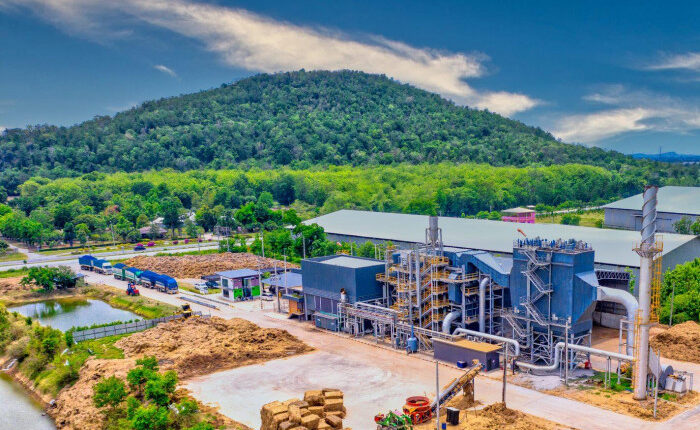 A biomass power plant operated by Clover Power in the northern province of Phitsanulok.

The company is awaiting approval from the Securities and Exchange Commission.

The IPO is designed to allow the company to fund expansion, pay off debts, and raise capital.

Clover Power has set itself the goal of using the funds raised to increase its power generation capacity sevenfold from 26.2 MW to 180 megawatts (MW).

The amount of cash was not disclosed.

The company has appointed Trinity Securities as financial advisor to manage the IPO shares and listing of Clover Power on the Thai Stock Exchange.

Saithsiri Saksitthisereekul, CEO of Clover, said the company plans to expand capacity to 85 MW this year and to 180 MW by 2023.

Mr. Saithsiri added that the company operates four power plants. Three are biomass power plants and the other is a waste-to-energy plant with a total output of 26.2 MW.

Clover has three other projects. These are two substitute fuel processing plants with a capacity of 120 and 200 tons per day and a waste-to-energy plant project overseas with an output of 6 MW.

In addition, the company plans to acquire a natural gas-based combined heat and power plant with an installed capacity of 7.36 MW.

In the construction segment, Clover Power provides turnkey services to its subsidiaries and 14 customer projects with contract values ​​between 50 million baht and 2 billion baht, he said.