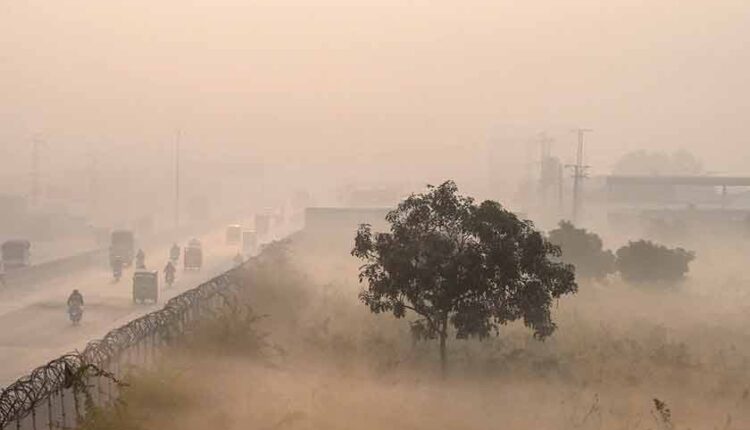 The Emissions Gap Report 2021 shows that new national climate promises in combination with other climate protection measures will put the world on the path to a global temperature increase of 2.7 ° C by the end of the century. That is far beyond the goals of the Paris Agreement and would lead to catastrophic changes in the earth’s climate. To keep global warming below 1.5 ° C this century, the ambitious goal of the Paris Agreement, the world must halve annual greenhouse gas emissions over the next eight years.

If implemented effectively, commitments of net zero emissions could limit warming to 2.2 ° C, which is closer to the Paris Agreement target of well below 2 ° C. Many national climate plans, however, postpone measures until after 2030. Reducing methane emissions from the fossil fuel, waste and agriculture sectors could help close the emissions gap and reduce warming in the short term, the report said.

“Climate change is no longer a problem for the future. It’s a problem now, ”said Inger Andersen, Executive Director of UNEP (UN Environment Program). “To have a chance of limiting global warming to 1.5 ° C, we have eight years to cut greenhouse gas emissions almost in half: eight years to make the plans, adopt the guidelines, implement them and finally carry out the savings. The clock is ticking loudly. “

After the talks between the COP26 delegates are over, climate protection can be expected to accelerate throughout the real economy: at system level, in countries, across sectors and within organizations. However, the net zero commitments entered into exceed the formation of supply chains, market mechanisms, financing models and other solutions and structures that are required to pave the global decarbonization path. For companies, these conditions will create opportunities for innovation and coordinated measures by industry colleagues, value chain partners, investors and political decision-makers. They also bring an additional risk that commodity prices will rise worldwide.

To have a chance of limiting global warming to 1.5 ° C, the world has eight years to remove an additional 28 gigatons of CO2 equivalent (GtCO2e) from annual emissions, beyond what is in the updated NDCs and other commitments for 2030 is promised. For comparison: in 2021 carbon dioxide emissions alone are expected to reach 33 gigatons. If all other greenhouse gases are taken into account, the annual emissions are just under 60 GtCO2e. So in order to have a chance of reaching the 1.5 ° C target, we have to cut greenhouse gas emissions almost in half. For the 2 ° C target, the additional requirement is lower: a decrease in annual emissions of 13 GtCO2e by 2030.

COP26’s net zero commitments came from all stakeholders – governments, financial institutions, corporations, multilateral organizations, and others – who need to participate if systemic problems are to be resolved. Moving to cleaner shipping, for example, would require customers to request the service, shipping companies to invest in ships that run on zero-emission fuels, fuel manufacturers to make more of those fuels, and banks to raise capital for these efforts. And when these activities are coordinated, they shift the entire operational context for companies.

New commitments were also made at COP26 by groups such as the Glasgow Financial Alliance for Net Zero (GFANZ). In many cases, net zero commitments precede various global companies’ own plans to meet them. Relatively few companies have yet to come up with clear, detailed plans on how to achieve net zero. This is what executives need to focus on now; Investors and regulators expect this. UK Chancellor of the Exchequer Rishi Sunak reiterated at COP26 that the Treasury would require UK listed companies to publish net-zero plans by 2023. It is only a matter of time before regulators and regulators elsewhere follow suit.

Financial institutions were at the forefront of the pursuit of net zero and continued to lead at COP26. GFANZ brought together more than 450 institutions representing US $ 130 trillion in financial assets (40 percent of total global volume) who pledged to align their portfolios with net zero targets. Various analysts estimate that a net-zero transition would require investments of $ 150 trillion, two-thirds of that in developing countries. While there is legitimate debate about what the GFANZ Pact could mean in terms of investing – and much more capital is likely to be needed – engagement shows that capital is beginning to be built up.

The challenge now is to deploy sufficient capital quickly enough to reach net zero. At the system level, the focus should be on scaling markets and institutions that can channel money into decarbonization and adaptation. This includes scaling up voluntary carbon markets, restructuring multilateral development banks, developing country platforms and creating futures markets for green raw materials.

Extreme weather won’t be the only climate-related threat to supply chains in the years to come. As the demand for low emission materials, such as green steel, increases, manufacturing capacity may not expand fast enough to keep up, at least in the short term.

Companies will now want to prepare for dwindling supplies and rising cost pressures. Some companies enter into purchase agreements for raw materials such as green steel. The price difference between conventional materials and emission-free substitutes could possibly also be cushioned – which, however, requires trading skills that few companies outside of the financial sector have today.

For manufacturers of steel, cement and other materials, the growing demand for zero-emission goods represents an opportunity that can only be met if they decarbonise their installed base. This requires significant capital as well as technology and time.

Further warming will have physical consequences and the warming will continue. The Intergovernmental Panel on Climate Change’s Sixth Assessment Report concluded that no matter how much further warming there is, further changes to the Earth’s systems are in place. In addition, several attempts at climate modeling based on the COP26 pledges suggest that continued warming will raise temperatures to more than 1.5 ° C above pre-industrial levels.

The physical dangers of climate change have an obvious humanitarian impact. For example, in a scenario-based analysis for Race to Resilience, a campaign led by high-ranking UN climate champions, in a scenario in which global warming occurs by 1.5 ° C by 2030, almost half of the world’s population could be exposed to a climate hazard with heat stress, drought, flood or water stress. And when compared to high-income countries, low-income countries like Pakistan have larger proportions of the population that are likely to face at least one climate hazard.

A recent study on the country profile of climate risk ranked Pakistan among the countries with the highest risk provisioning in terms of the rise in average temperatures and the resulting social and economic losses.

Pakistan is the fifth most climate-threatened country in the world. According to the Global Climate Risk Index, the country is estimated to have lost nearly 10,000 lives to climate-related disasters between 1998 and 2018, and suffered approximately $ 4 billion in damage from 152 extreme weather events during that period. Analysts estimate Pakistan’s climate migrants at around 30 million people over the past ten years.

Notwithstanding any debates about the success of COP26, the general direction for countries and companies was set. The dynamic has shifted towards net zero and offers companies a new organizational principle.

The transition to net zero will be complicated. The best that executives can hope for is that it will run in a relatively orderly manner and not be interrupted by sudden, unexpected shifts.

Therefore, courageous leadership will help make the transition through. Managers need to penetrate the noise and formulate a direction for the future, supported by a detailed plan to get there.

Pakistan has short term strategies to address issues like climate change. Every government wants a policy or project that can be completed within its term of office. But in the case of the environment, it wouldn’t work. It takes a long-term vision-based policy to address these issues.

Aside from water stress and glacier melt, there is a shifting monsoons that have a direct impact on the country’s already ailing agriculture. Pakistan is a country with multiple threats to vulnerability to climate change. It has to do much more to protect the environment and local communities from the effects of climate change.

Pakistan recently launched an Eco-System Restoration Fund to support nature-based solutions to climate change and facilitate the transition to environmentally resilient initiatives that cover reforestation and biodiversity conservation. Pakistan has officially started preparing a National Adaptation Plan to strengthen resilience to climate change. All of these efforts must be given the highest national priority, with all major stakeholders bearing responsibility. The time to act is now.

The author is a contributor