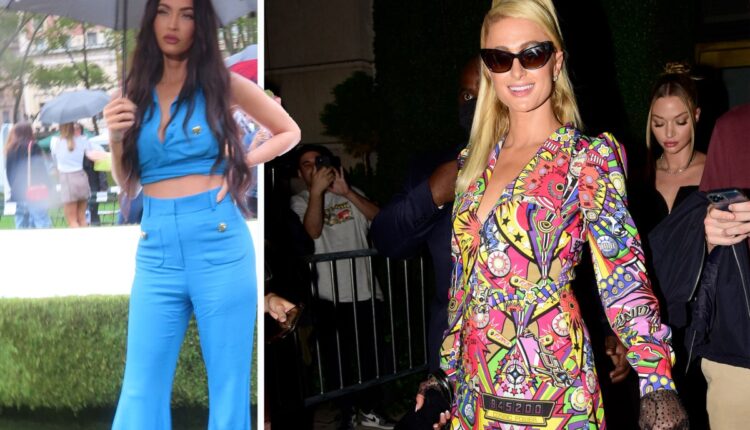 The stars are in full swing for New York Fashion Week and present their best looks. Paris Hilton (in Moschino) waved to fans after throwing the Saks party on L’Avenue.

Nicky Hilton Rothschild and Paris Hilton sat in the front row of the Monses show.

Julia Michaels showed herself in pastel-colored tie-dye at the Dur Doux Show.

Getty Images for NYFW: The Shows

Gigi Hadid came to the Fashion Media Awards in a leather Givenchy blazer style shirtless with a pleated midi skirt.

Emily Ratajkowski showed off her abs in a cropped sweater and used look at the NYFW event of the Revolve Gallery.