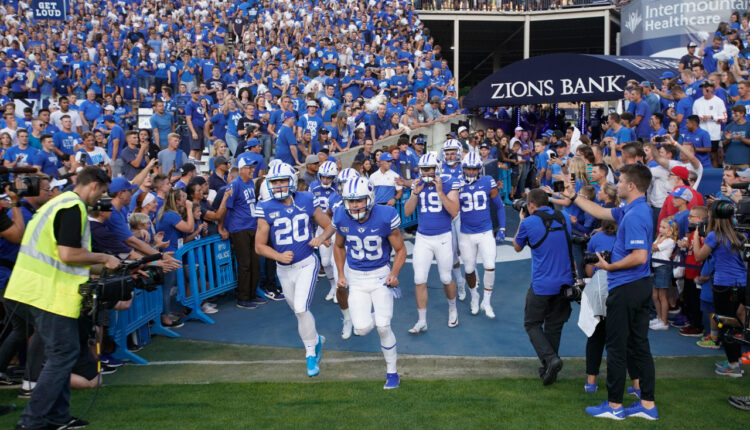 PROVO (ABC4) – In recognition of the 20th anniversary of the terrorist attacks that rocked the United States and the rest of the world on September 11, 2001, Brigham Young University will be wearing a commemorative sticker on their football helmets this weekend.

The pentagonal sticker, filled with a picture of the towers of the World Trade Center on the background of an American flag with a banner reading “9/11 NEVER FORGET”, will be worn by the Cougars on Saturday against their federal rival Utah.

Images of the sticker were featured on the Twitter feed from Billy Nixon, BYU’s Director of Equipment Operations.

Utah hasn’t revealed how it will commemorate the occasion, but is already wearing a helmet sticker honoring late turn-back Ty Jordan, who was killed by an accidental, self-inflicted gunshot wound on Christmas Day.

In the Utes’ first game after Jordan’s death, the Utes, along with Weber State, wore the sticker in honor of Jordan.

The BYU-Utah game, sometimes known as the “Holy War”, will begin at 8:15 pm on Saturday at LaVell Edwards Stadium in Provo.