Boris is conscripting celebrities into the SAS. I like his moxie 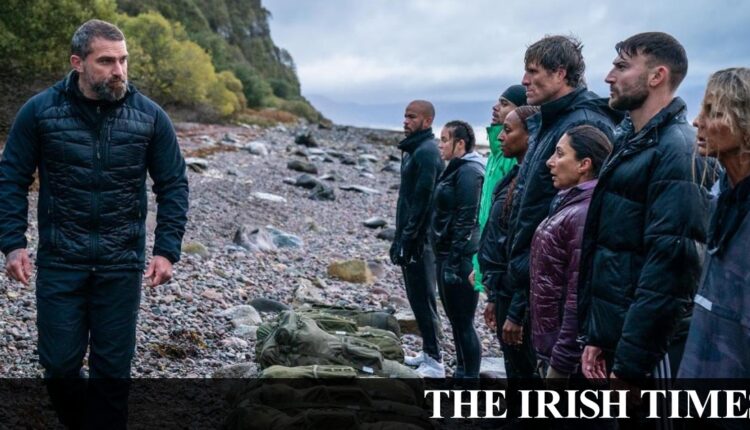 I watch Celebrity SAS: Who dares wins (Sunday, Channel 4), although I’m pretty sure the SAS ‘famous catchphrase was recently changed to “Give them the old Razzle-Dazzle” considering how many TV series they’ve done using that format.

Things are bad in the UK if you can orientate yourself on this show. The labor shortage has resulted in them pulling in the only thing they have a surplus of in the UK: celebrities. It’s a bold move for the Boris Johnson administration, but I like their moxie. I imagine Sooty crawling his teeth with a knife, S Club 7 rappelling down the side of an occupied embassy, ​​Bez from Happy Mondays firing rubber bullets at unruly rioters, Rod Hull and Emu interrogating a hooded suspect at a secret rendition site. Rest assured that the next atrocity by the British Special Forces will be very, very entertaining.

The people yelling at the celebrities are the type of no-nonsense special forces veterans who probably expected to occupy a country and fail to help Alexandra Burke be her best. This is isolationism to you, UK

While watching Celebrity SAS: Give ‘Em the Ol’ Razzle-Dazzle, I realize that my cultural reference points are a little out of date and some of them are arguably felt dolls. But the real celebrities are Vicky Pattison of Geordie Shore, Wes Nelson of Love Island and Jake Quickenden of The X Factor, a doomed trio that is forever housed in the Reality TV Hall of Mirrors and against which Rod Hull and Emu like Burton and Taylor and Sooty act like a hand puppet-like Bertrand Russell.

Given that celebrity crying is everyone’s favorite television phenomenon, Celebrity SAS goes straight on the hunt by exposing contestants to CS gas in the first episode. Tears are reached immediately and unprovoked through boring “words” or overrated “stories”. This is the kind of straight forward energy saving we should expect from national broadcasters, and frankly I’m surprised the show doesn’t just end there. But no, the celebrities also have to be pushed by boats into the freezing Atlantic, walk with heavy backpacks on their backs and traverse a gorge, trembling uncontrollably.

The people yelling at the celebrities on Celebrity SAS are black-clad men who look like Action Man with their arms and legs apart, or someone who recently had a vasectomy. They have names like Ant and Staz and Foxy, and are the kind of no-nonsense Special Forces veterans who likely expected to have villagers searched in an occupied land without helping Alexandra Burke of The X Factor become the best they can be. Well, that’s isolationism for you, Britain.

There is a lot of talk about feelings on Celebrity SAS because we have moved away from the dark days of 2015, when TV producers could endanger desperate famous people just for our pleasure. The justification at the core of it all now is that by getting people through this adversity they learn about themselves and find inner strength. This narrative is forced upon the participants because they succeed or fail to varying degrees in pointless endurance: it is for their own good.

Without the animating cruelty, most reality TV concepts seem empty. The entire industry is at a crossroads trying to wean itself from sadism, though sadism has been pretty much the point for 20 years

In some ways, the newer, friendlier celebrity torture on display seems more damaging than the old one. When one of them sits in front of two trained soldiers towards the end of the episode, explaining her failure, and talking about recent abuse and bereavement, it feels like a line has been crossed. They react kindly because they are nice men, but also by more or less dictating more physical challenges. I find myself screaming, “Let them speak to a counselor!”

It is not your fault. They only respond to their pain with something they are actually trained to do. If they were bus drivers, they would drive them around in their bus. If they were real estate agents, they’d be selling her something overpriced. If they were Fraggles they would sing a song about their homeland and read postcards from their traveling great-uncle.

But they are soldiers, that is, soldiers, and that is presented here as a purely psychological asset. It is worth thinking a little about where this idea comes from that army people are at a higher level of consciousness. I suspect it’s the kind of comforting idea you develop when you live in a country that goes to war frequently but doesn’t care materially about its veterans. The notion that personality can be tempered by the fires of war has certainly been turned on its head by the high numbers of former soldiers in addiction and homelessness on the streets of Britain.

This program is often exciting. There are moments when a celebrity exceeds their own expectations and that’s quite touching, despite the fact that they’re also exploitative by chance. But I would like something more meaningful, maybe a show in which celebrities or, even better, politicians actually work as carers or service providers or teachers.

That would create real space for learning and empathy, not least because any hardness of fishing out of the water would have a real meaning. That feels empty. In fact, most reality TV concepts seem empty without the animating cruelty. The entire industry is at a crossroads trying to wean itself from sadism, though sadism has been pretty much the point for 20 years. The audience has to wean themselves from it all. I’m starting to lose the ability to cry without strong musical cues, glee, substitute redemption narratives, or a shot of CS gas in the face.

For more war and cry Britannia has returned for a third series on Sky Atlantic (Tuesday). It’s a trippy exploration of the controversial and blood-soaked ancient history of Britain created by Jez and Tom Butterworth, and it’s cheerfully gloomy, weird, and disrespectful. In it, narrow-minded Romans, some of whom are secretly cannibal cultists, try to conquer the recalcitrant British who are excited about hallucinogens and body modifications and the sound of 70s glam rock. With this in mind, a reluctant chosen girl, an enslaved queen, the centurion who pierced the side of Christ, a 10,000 year old druid with runes carved on his face, and a murderously evil David Morrissey (like himself?) Chew up all the woods of Britain with exuberant thespian joy. I love it. When you’ve had enough of historical dramas attempting to explain and allegorize modern Britain, this is the place to check out because the Butterworths clearly can’t get their asses with it. Which, when you think about it, is the most British quality of all.