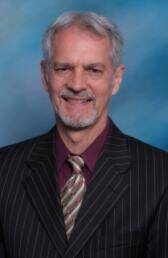 Gold bugs, silver bulls, and concerned investors rushed back into the futures markets all week as the US Department of Labor announced a 6.2 percent increase in the highly regarded consumer price index. Supply chain problems have been identified as partially explaining the rise in cars, gasoline, ethanol and furniture to clothing, wages and medical care.

Rents and property prices have also risen sharply, with the National Association of Realtors reporting homes being bought out within a week, the fastest rate since 1989. Grocery and restaurant prices also rose, with food prices rising even more sharply in countries in southern America (through Drought) and floods in Asia. Nitrogen fertilizers continue to rise, which could keep grain prices higher for next year.

The accelerating price hike has been the fasting rate for over three decades, reminding more seasoned investors of rampant inflationary periods as government spending or financial uncertainty fueled much larger long-term inflationary episodes.

Wheat, corn, beans, platinum, and pigs also rose sharply, with Kansas City wheat topping the list at $ 8.38, up about 50 cents a bushel from the week. December gold rose above $ 33 an ounce on Friday and was trading at $ 1,868 an ounce. The general explosion in energy prices, for both liquid fuel and natural gas, eased towards the end of the week, with crude oil trading at $ 81 a barrel at midday on Friday, unchanged for the week.

Although inflation has appeared and been used as a medium of exchange in Asia and Europe since the invention of money, early periods of egregious US inflation provide examples of what can and did happen as our fiat monetary system evolved.

In 1775 the “Continental” currency was printed and issued by our Continental Congress to pay for the American Revolution, but since there was no gold, silver or copper backing of the paper currency, the Continental eventually depreciated heavily. Inflation topped 5,000 percent before the currency was declared worthless.

At the end of the Civil War, the Confederate currency experienced inflation of over 5,000 percent, with food becoming so expensive that bread riots broke out in 1863. The subsequent hyperinflation lasted until 1865.

Although these first two inflation periods occurred during the wars that resulted in supply disruptions and bottlenecks, our current pandemic and associated government spending appear to be equally fiscally and financially threatening. If America’s investors wake up and / or suddenly perceive a threat of inflation, real commodities could appreciate sharply in value in contrast to stocks, bonds, paper money or cryptocurrency. A Midwestern farmer reminds us, “You can’t eat money or bitcoin.”

Why are giant conglomerates going out of style? | Economic and business news

The rubber market will remain volatile next week due to the…

The IPO of the IoT data collector Samsara will be fun –…