Australia celebrates the power of sport 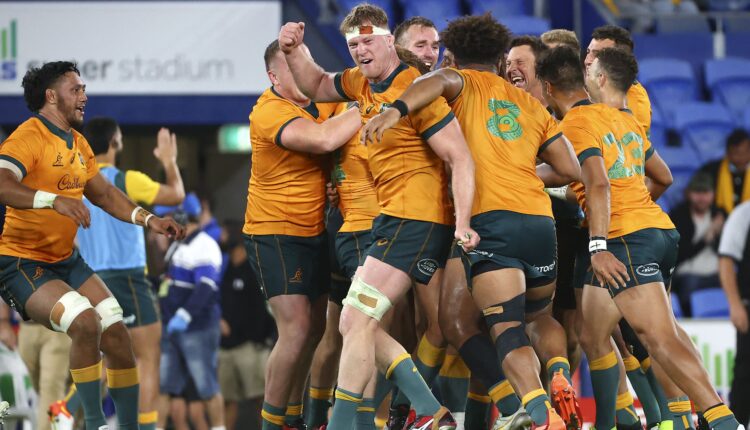 Australia will share its love of sport with the world at Expo 2020 Dubai.

International games between stars from different countries will be an important part of Australia’s presence at the expo, along with courses and events for those exploring the pavilion.

Australia’s Commissioner General at Expo 2020 Justin McGowan said visitors could also represent their countries and compete at the bespoke Aussie Sports Park on the premises.

“Each country had the opportunity to choose a topic that would lead to the expo,” he said.

“We raised our hands and said we wanted to be the leader in sports and fitness.

“Sport is an important part of Australian identity and we wanted to share that with the world. That was the legacy we wanted to leave after the fair. “

He said that during the World’s Fair, which began October 1, daily sports and fitness events would be held in the pavilion.

A 5,400 square meter sports center was built for the sports and fitness events taking place on the site, with the Aussie Park as a central part.

“We want to share all of the values ​​you get from exercising that produce healthy people with self-esteem and respect for others,” he said.

“Our goal is to highlight the value of sport for the global community during the 180 days of the fair.”

The organizers confirmed that Italian football giant AC Milan would be there and that Manchester City footballers would also be expected.

Health and fitness activities in the pavilion aren’t limited to visitors and athletes, McGowan said.

“Every morning we will be offering a range of classes for the workers in the pavilions, from yoga to high-intensity activities like Cross Fit,” he said.

“We’ll also have four running sessions a day that everyone can participate in.

“We will also be holding small-pitch football games in Aussie Park, with tournaments taking place throughout the fair.”

A chance to impress the younger generation

People walk through a mural-lined tunnel in the Australian Pavilion at Expo 2020 Dubai. Photos: Antonie Robertson / The National

Projects with schools in the United Arab Emirates will be another facet of the sports offer in the Australian pavilion.

“Many schools have signed up at least five or six times to visit and participate in activities,” said McGowan.

He said the timing of the expo gives his team the perfect opportunity to showcase the best of what his country has to offer.

“October is Australian Community Sports Month, so we will be hosting a number of activities to mark the occasion,” he said.

“There will be rugby, soccer, touch rugby and cricket every Friday in October.”

Another event that sports fans can look forward to is an international match between Australia and Ireland with the best stars of Australian Rules and Gaelic Football.

They will compete against each other in a match that brings together the best aspects of each sport, McGowan said.

In addition, the pavilion team offers master classes for anyone interested in coaching.

“We will also have small sessions in schools and show teachers professional coaching techniques,” he said.

“Popular sport has helped strengthen Australia’s identity and we want to share what we have learned from it.

“There will also be sessions on the high-performance coaching techniques that Australia used so well in the Olympics.”