Americans are divided over whether infrastructure, social spending legislation will help or harm the economy 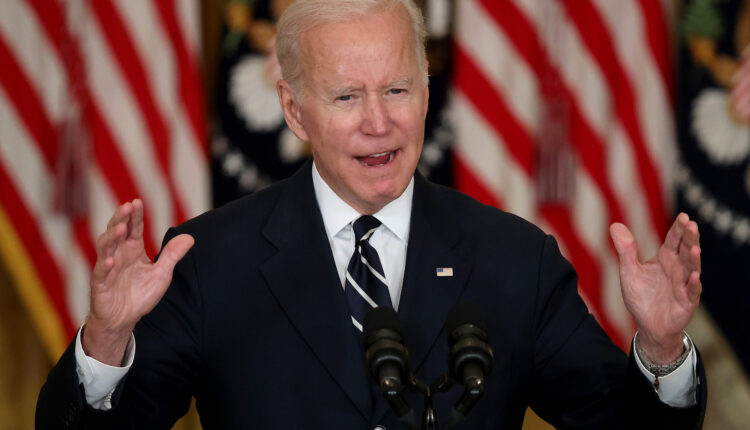 A new poll found Americans are at odds over whether bipartisan infrastructure and social spending will help them or the economy.

The ABC News / Ipsos poll published on Sunday showed Americans were equally divided at 34 percent to 34 percent on whether these bills will hurt or help the economy. Only 6 percent believe the bills will have no impact on the US economy. Meanwhile, 25 percent don’t know if the bills would have any effect.

It also found that 68 percent of Democrats felt that the bills would help the economy if they went into effect, compared with just 7 percent of Republicans and 29 percent of Independents.

The last survey was conducted between October 29th and 30th among 514 people and the results showed an error rate of 4.7 points.

The poll also found that 32 percent of Americans believe the legislation will harm them, and only about 25 percent said it would help them.

Eighteen percent of Americans think it wouldn’t make a difference whether the bills go into effect, and 24 percent don’t know about the outcome.

In terms of political affiliation, the poll found 47 percent of Democrats find the law helpful, while 25 percent said it made no difference to people like her. About 22 percent don’t know how it will change their lives.

However, many Republicans, 64 percent, believe social spending and infrastructure bills will hurt people like them. Twenty-nine percent of the independents think of the same outcome if the bills went into effect.

A new poll found that 32 percent of Americans believe the social spending package and bipartisan infrastructure bill would harm them if passed. Above, on October 28 in Washington, DC, in the East Room of the White House, Biden held remarks on his proposed social spending bill, “Build Back Better.”
Photo by Chip Somodevilla / Getty Images

Although the bills are still under negotiation, only 69 percent of Americans said they knew little or nothing about the spending package and the infrastructure deal. 31 percent said they knew too much or too much about the bills.

Although Americans have divided opinions about the impact the bills will have on their lives and the US economy, some of them don’t really know about the goals of President Joe Biden’s Build Back Better plan.

According to a poll by CBS News earlier this month, 29 percent of 2,054 respondents said they didn’t know what’s in the plan, while 28 percent said they had a general understanding of it. Only 10 percent said they knew more about the plan.

After months of delay in reaching an agreement with progressives and moderates, Democratic leaders hope they can vote on both bills as early as Tuesday.

The spending package now includes plans to combat climate change and expand Medicare. Originally priced at $ 3.5 trillion, the package was redesigned Thursday to remove the free two-year community college and inexpensive prescription drugs, among other things.

It’s time for carbon markets to grow up