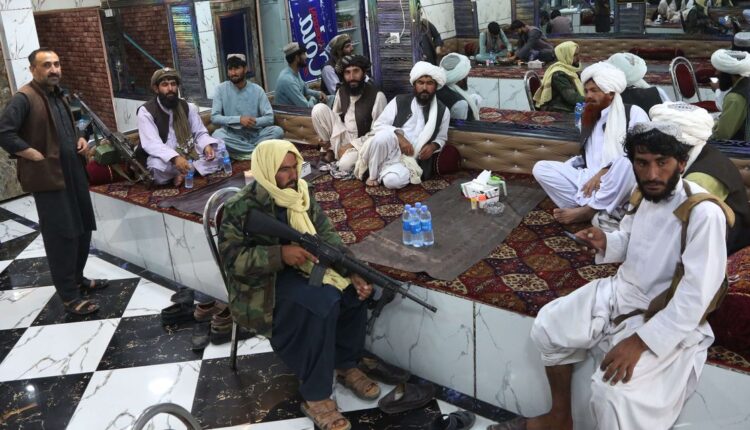 Afghanistan’s new Taliban rulers are no longer facing serious military resistance and are facing a new threat: an economic collapse that could once again challenge their rule and has already put pressure on them to share power.

Since President Ashraf Ghani and most of the ministers fled Kabul on August 15, there has been no legitimate government in Afghanistan. In the eight days since then, banks and purses have been closed, and the prices of basic goods have skyrocketed. Economic activity has come to a standstill.

“People have money, but it’s in the bank, which means they have run out of money now. It’s hard to find cash, ”said Bahir, a Kabul resident who worked as a finance officer for a construction company. “That is why the whole business in Kabul has ceased.”

In the 1990s, a Taliban takeover revitalized the Afghan economy, ended fighting between rival warlords and reopened the streets for trade. It was then that Pakistan, Saudi Arabia and the United Arab Emirates established diplomatic relations with the Afghan Taliban rulers, and the resulting stability made the movement more attractive. So far, however, no nation has recognized the new regime in Kabul, which could bring the Taliban into economic trouble to form a more inclusive – and moderate – government with rival political forces.

“The sooner we push for a political solution, the sooner we will save Afghanistan from the dire economic consequences,” said Omar Zakhilwal, a former finance minister who returned to Kabul this week to participate in power-sharing talks with the Taliban. “We are working together with the Taliban to give Kabul a normal face again: the reopening of the banks, the offices, the ministries.”

Center plans to close investment bankers for LIC-IPO this week