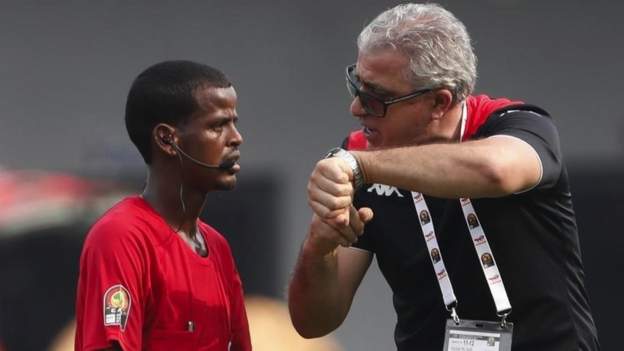 The Confederation of African Football (Caf) has rejected a formal complaint from the Tunisian Football Association (FTF) about the game against Mali 13 seconds earlier.

Caf also confirmed the result of Wednesday’s game as a 1-0 win against MaliThat was the status when the Zambian referee Janny Sikazwe, who is said to have suffered a sunstroke, blew early.

He had already whistled full-time after 85 minutes, only to notice his mistake and continue the game.

FTF official Hussein Jenaieh insisted on Thursday: “We will do everything we can to defend the rights of the national team. We are not children.”

FTF media officer Kais Reguez refused to elaborate on the question of the nature of the Tunisian complaint, which he confirmed.

Match referee Sikazwe reportedly had to be hospitalized to recover from the game, prompting the fourth official to take over the failed attempt to restart the game more than 20 minutes later.

While Mali emerged, Tunisia didn’t as some of their players took ice baths.

“The referee had a sunstroke that influenced his decisions in the game,” Caf referee official Essam Abdul Fattah told the Egyptian media. “After the game he had to go to the hospital because the weather was so hot.”

After the unexpected 0-0 draw against Sierra Leone, defending champions Algeria blamed the heat in Cameroon for his performance.

How a farce came about

Tunisia, the 2004 champions, entered the tournament knowing that a young and dynamic team from Mali would likely be the main rivals in the group.

They were only five minutes before regular time and were stunned when referee Sikazwe blew for full-time.

The Zambia later checked his timing and continued the game, in the meantime sending a Malier of the court to then go off with 89 minutes and 47 seconds.

In extraordinary scenes, the Mali coach’s press conference was interrupted after the game when it became known that the game would have to start over to end, which was never the case.

“They asked us to come back on the field, but we didn’t – we had no idea what was going on,” Tunisian defender Bilel Ifa told reporters.

“We hope the game will be repeated. The referee had no idea what was going on since the start of the game.”

Tunisia’s assistant coach was furious at both the incident and the possible reputational damage to the African game.

“Unfortunately we can’t see things like that in Africa at this high level – that’s not how African football can move forward,” Tunisia’s assistant coach Jalel Kadri told reporters.

“The referee was ‘shocked’ today. He even hesitated to check the Video Assistant Referee (VAR), he didn’t even know how to get to the VAR.” 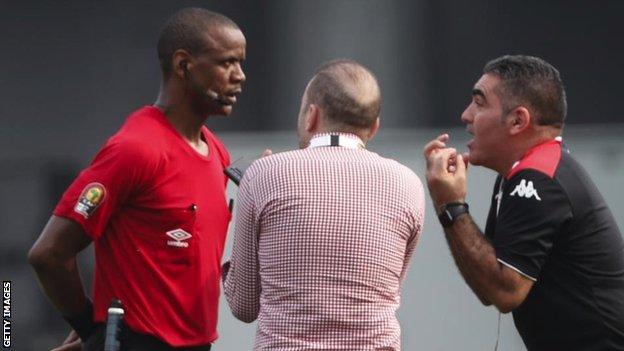 The Zambian official Sikazwe led two group matches at the 2018 World Cup in Russia and led the final of the 2017 Nations Cup.

His reported sunstroke would explain much of the chaos that ensued from the 85th minute.

“We didn’t understand anything in the 85th minute – we were in shock,” added Kadri.

“We spoke to the fourth official who said there was a miscommunication between him and the main referee who may have misunderstood him. We continued the game only for him to whistle again in the 89th minute.”

“We went to the fourth official who agreed that the game was still not over,” FTF official Jenaiah told reporters.

“We complained that it was the second time that the referee abandoned the game prematurely.

“The fourth official first said the game was going on but when he went to the main referee he said, ‘No, I whistled, the game is over'”.

KHN’s ‘What the Health?’: Dealing With Drug Prices