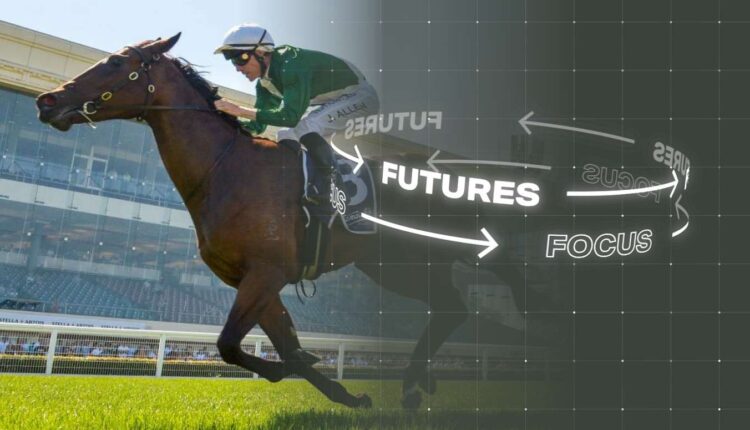 With the first G1 of the season – the Winx Stakes (1400m) in Royal Randwick – we are looking forward to this Saturday, the spring carnival is getting closer and closer.

It got us scouring the futures markets in search of some value while looking at the big group ones with the aim of getting to the feature race days with some overs.

We had some hits with this last year (ahem, Verry Elleegant at $ 17 in the Caulfield Cup, ahem) so the plan is to spend $ 50 a week and keep an eye on our live tickets as the spring progresses.

Here we hope for some futures replenishments 💰🙏

Now use the predictor

On the road with six horses this week: two after their performances on Saturday, three before their first run for the campaign this weekend and an impressive debutant at Ballarat Synthetic on Monday.

He and Behemoth were on everyone’s lips this weekend after an exciting finale to the G3 Spring Stakes in Morphettville. The latter won the race in the stewards’ room. Beau Rossa was runner-up there after a dominant win in the Listed Lightning Stakes a fortnight earlier, while Behemoth was first – so you’d think there’d be an advantage for Behemoth to reunite in the Memsie Stakes at Caulfield (a race) for Big Boy won 2020). However, I think the Rupert Clarke is the race for Beau Rossa which will be suitable by the handicap conditions. I loved how he placed at the top of the straight on Saturday at Morphettville 2L on Behemoth, and I think he would have easily won if he had had a similar weight advantage to the one he’ll enjoy at Rupert Clarke. He’s the perfect horse to sit and kick at light weight at speed which makes it difficult for the butts to run over him – picture Begood Toya Mother in 2019 …

How good was that from Beau Rossa!

The @Clarken_Racing gelding was dynamite at the Lightning Stakes ⚡️ pic.twitter.com/GHZ40SHlDR

Every player and their dog watched this filly run that weekend, finishing 4th in the G3 Quezette Stakes after being hopelessly held up at the bottom of the field. Whether or not she would have won is up for debate, but she has clearly come back well. She showed a lot of skill as a 2YO and won her first two starts before disappointing at the G2 Percy Sykes Stakes for $ 2.80F. If we can forgive where she probably reached the end of her prep, her three career runs have been exceptional and she appears to be a leading player in the mare division before next spring. Whether she hits the Thousand Guineas Mile remains to be seen, but she has done well on the route twice and I’m ready to find out on the current offer ($ 26).

I At the Invincible filly Najmaty jumps in at start two. pic.twitter.com/dBdSa4ean2

With a total of 0.3L, this mare missed a lucrative double after finishing 0.2L second in the Doncaster Mile and 0.1L second in the Golden Eagle. Those two photo finishes also resulted in Connections missing out on an additional $ 2,775,000 in prize money (and both times she was overtaken by a Godolphin runner – they obviously need the money!). What these results confirm is that she is doing very well on her day. But not only that, it also means she will get on the Epsom at a manageable weight. She may need a wet track to do her best (Soft – 5: 1-2-2; Difficult – 4: 1-2-0; Good – 11: 1-2-1) but if she has the conditions that suit her might do a lot better than her $ 26 quote suggests.

JAMIE KAH WINS THE DONCASTER ON BOARD OF CASCADIAN 💙 @ BlueBetAu pic.twitter.com/hQpi3F6WGp

I first highlighted this Galileo stallion as my Melbourne Cup horse in June, ahead of his first Australian Run at Eagle Farm on Stradbroke Handicap Day. He was well supported that day before he raced over the inappropriately short 1600 m and ended up 2.8 liters behind the winner. It was exactly what I wanted him to do and he was spelled out afterwards. His form in Ireland before coming to Australia was strong – he won 4 out of 5 including listed levels over 2423m and G3 level over 2816. In that G3 win – the Irish St. Leger Trial – he defeated Master Of Reality who almost won the Melbourne Cup 2019.

This is speculative to say the least, but I was seriously impressed with this stallion’s debut win as $ 1.45F at Ballarat Synthetic on Monday. It’s a long way from a Ballarat Synthetic Maiden in August to a G1 Caulfield Guineas in October, but we don’t yet know how high this guy’s ceiling is. He won a Flemington jump-out in January, defeated Saturday’s G3 Vain Stakes winner, Ingratiating, and then won two more jump-outs at Ballarat in July and August – the latter in the fastest heat over that distance of the morning. I’m curious to see how it develops in the spring.

For the reasons outlined in last week’s issue. She’s nominated for the Winx Stakes this weekend – I don’t expect her to win, but I’m curious to see how she got back.