As Hong Kong transitioned from British to Chinese rule, Edmond Hui was a floor trader on the busy stock exchange and witnessed the rapid growth of a city at the crossroads of the West and Asia.

Under an agreement signed with Britain before the 1997 handover, China pledged Hong Kong to retain its capitalist system for 50 years, an agreement that helped the city prosper as one of the world’s most important financial centers.

Friday marks the halfway point in that experiment, with uncertainty clouding Hong Kong’s economic future – a city dependent on an increasingly isolated China and struggling to shake off the reputational damage of political unrest and pandemic-related border closures.

Hui, now managing director of a mid-level stockbroker employing nearly 300 people, said markets have changed drastically since the handover and are more China-centric than ever. 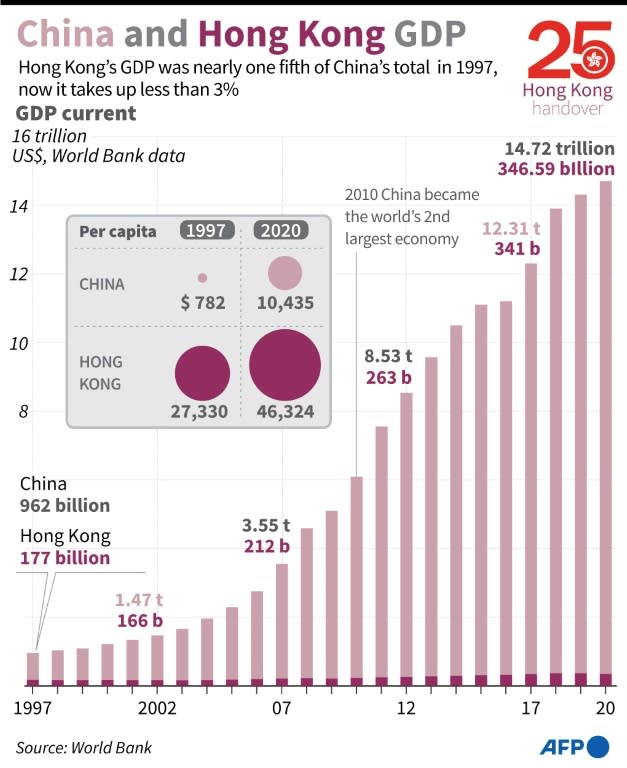 “Before 1997, foreign capital supported half the market,” he said. “Things gradually changed after 1997, until the entire market was held up by Chinese capital.”

China’s meteoric rise over the past two decades has brought tremendous benefits to Hong Kong, which has become the gateway for mainland firms to raise funds and for foreign companies to gain access to what is now the world’s second largest economy.

But the intertwining of its fate with China has also prompted warnings against overconfidence and complacency.

Chinese companies accounted for around 80 percent of the Hong Kong Stock Exchange’s market capitalization that year, up from 16 percent in 1997. 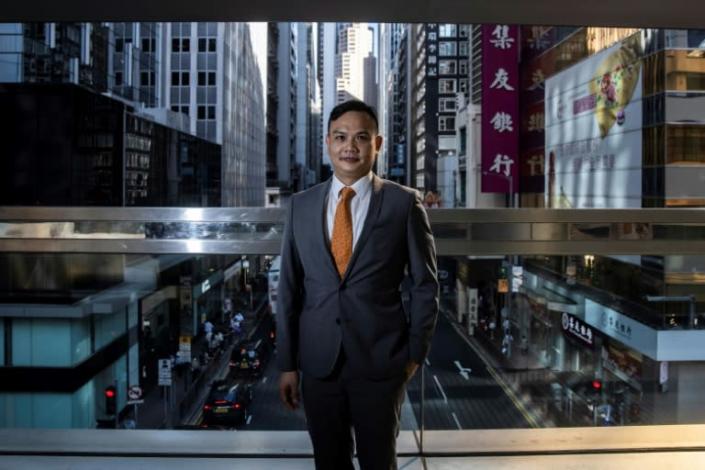 And Chinese firms now make up seven of the top 10 holdings in the benchmark Hang Seng Index, formerly anchored by domestic brands like Cathay Pacific and Television Broadcasts Limited.

Hui greeted this sweeping shift with a slight shrug.

“We can only hope that our country’s momentum will surpass that of Europe and the United States.”

As China’s economic and political power has grown in recent decades, so have tensions with Western nations — including Hong Kong. 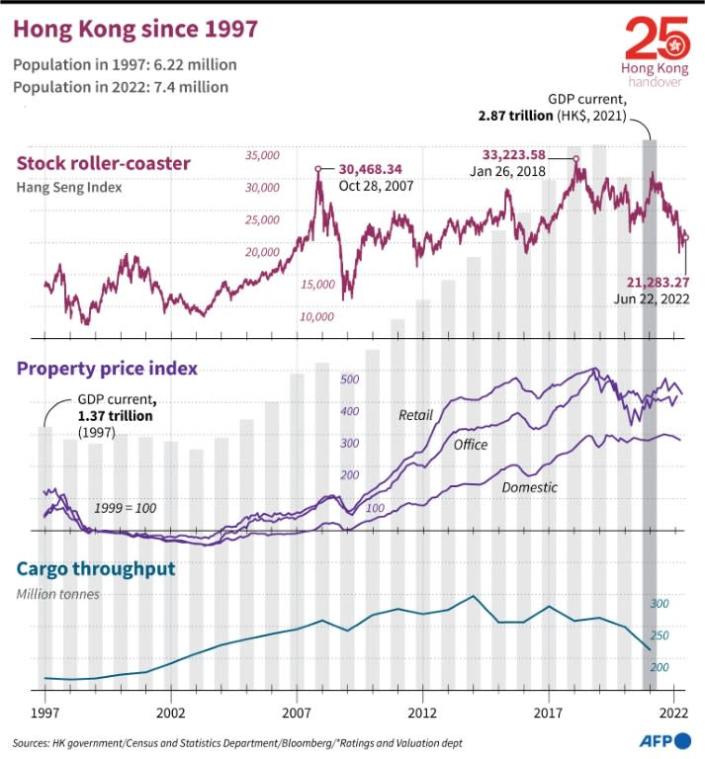 Beijing cracked down on dissent in the city after massive pro-democracy protests in 2019, prompting the United States to end Hong Kong’s preferential trade status on the grounds that it was no longer sufficiently autonomous.

“In 1997 we were able to play the role of a very important intermediary. But now… everyone has more doubts about our background,” Yan Wai-hin, an economics lecturer at the Chinese University of Hong Kong, told AFP.

“If a trading partner feels that (Hong Kong) is not a neutral middleman…then mutual trust could be lost.”

Yan said regional rivals like Singapore were trying to capitalize on what they saw as a way to oust Hong Kong.

Adding to this pressure, the tightening of political scrutiny has also led Hong Kong to adhere to mainland China’s zero-Covid policy.

Strict travel restrictions have kept the business hub cut off from both China and the world for the past two years, with authorities acknowledging that this has prompted a brain drain.

But Ip said once restrictions were lifted, Hong Kong would recover.

“Our extremely advantageous geographic position is still there,” she said.

“We are still the gateway to China.”

However, some industries other than finance have struggled after the handover. 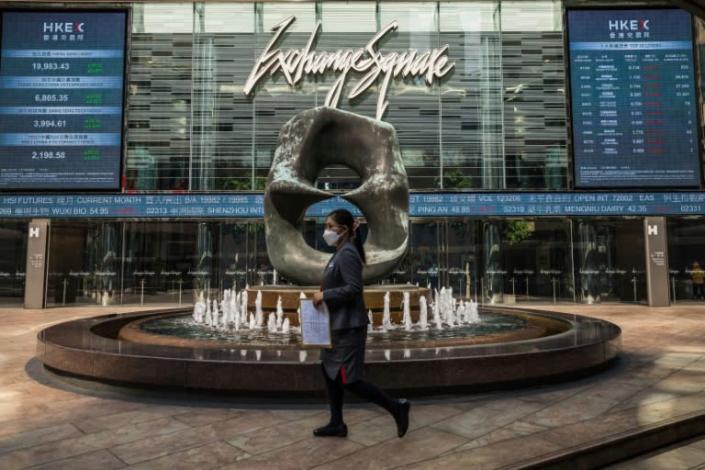 “Over the past 10 years, our GDP growth has lost momentum and I think it has to do with Hong Kongers being complacent and closed off,” said Simon Ho, president of Hang Seng University of Hong Kong.

The city’s port, for example, was among the busiest in the world for decades, but slipped down the rankings after its peak in 2004.

“The government adopted a neoliberal, non-interventionist approach and there was no blueprint for developing industries and the economy,” Ho added.

He said authorities have been plowing resources into sectors such as research and development, but the results are “immature” and not competitive enough compared to neighboring tech hub Shenzhen.

“Hong Kong needs to figure out its role,” Ho said.

“Before, we didn’t know how to complement the mainland, sometimes we even made it competitive. In the long run, that will only get harder.”

Development of digital economy in China shifts focus to…

Hiring in a Whiplash Economy – What Does It Mean for Your…