A host of celebrities appear to have withdrawn their likes from Johnny Depp’s post-trial statement on Instagram, two months after he emerged victorious from his defamation court case against his ex-wife Amber Heard.

Depp, 59, filed a $50 million lawsuit against Heard, 36, in response to a 2018 op-ed she co-authored with the American Civil Liberties Union for the Washington Post, in which she said she was a survivor of domestic violence.

In June, after a high-profile trial in Fairfax, Virginia, the jury found that Heard had indeed defamed Depp and awarded him more than $10 million. Depp was ordered to pay Heard – who had countersued $100 million – $2 million for defaming her through comments made by his attorney, Adam Waldman.

Through their respective testimonies at the trial, Depp and Heard accused each other of violence during their ill-fated relationship – allegations they both vehemently denied.

Johnny Depp is pictured in Fairfax, Virginia on May 27, 2022. According to supporters of his ex-wife Amber Heard, a number of celebrities removed their likes from his Instagram statement after the trial. An Instagram logo is displayed on an iPhone screen in Derry, New Hampshire, February 5, 2021.
STEVE HELBER/POOL/AFP via Getty Images;/` Photo/Charles Krupa

Shortly after the sentencing, Depp, who had received a strong outpouring of support on social media during the trial, shared a statement on Instagram saying the “jury gave me my life back.”

“False, very serious and criminal allegations were leveled against me through the media, sparking an endless barrage of hateful content, although no charges were ever brought against me,” he said in part in the statement.

“From the beginning, the goal of bringing this case forward was to uncover the truth, regardless of the outcome,” he continued. “Telling the truth was something I owed to my children and to all those who have steadfastly supported me. I feel reassured knowing I’ve finally made it.

“I am overwhelmed by the outpouring of love and colossal support and kindness from around the world.”

The Instagram post received more than 19 million likes, with a number of celebrities among those showing their support via social media.

Some big names have been vocal in support of Depp from the start, with Paul McCartney projecting images of the Pirates of the Caribbean star onto the screen at his concerts and his ex-girlfriend Kate Moss taking a stand in support of him in a megaviral moment.

Even the Judiciary Committee of the Republican House of Representatives expressed its support.

None of the celebrities mentioned in the post have made public statements as to why their likes are no longer appearing on Depp’s post.

The Twitter thread suggested that the recent unsealing of 6,000 pages of court documents related to the televised trial has caused a number of people to change their stance in support of Depp.

Some of the bombshell allegations uncovered in the documents include claims that Depp insulted Disney executives with his behavior on the set of the fifth film Pirates of the Caribbean, his texts to Marilyn Manson about Heard, and his alleged attempt to sell Heard’s time as a stripper to use frustrated got against them in court.

The new information has largely cast Depp in a bad light, according to legal experts, and has led Heard supporters to mock the screen star for a deeply personal medical issue the documents alleged – prompting a backlash. 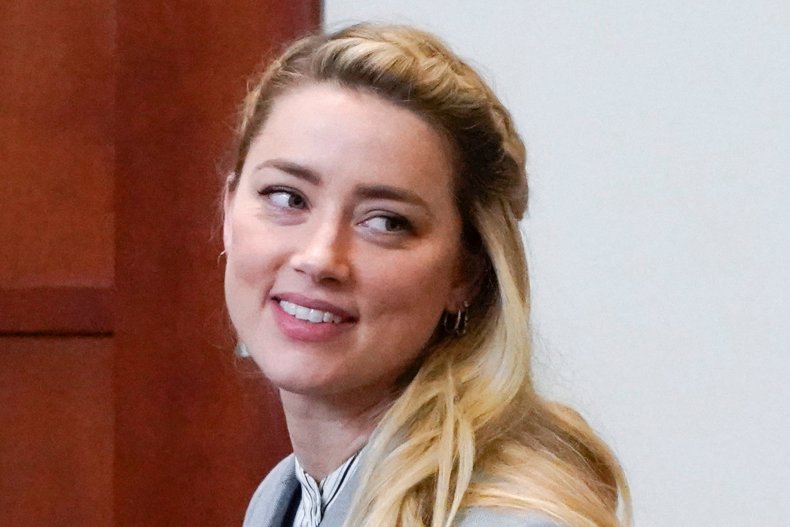 Amber Heard is pictured in Fairfax, Virginia on May 27, 2022. The Aquaman star has been the focus of countless disparaging social media posts during her court battle with ex-husband Johnny Depp.
STEVE HELBER/POOL/AFP via Getty Images

Heard, who has been the target of endless scrutiny during her court battle with Depp, has seen a more muted celebrity support base.

Carefully choosing to like the post-trial statements on Heard and Depp’s Instagram accounts, her Aquaman co-star Jason Momoa sent a message that while he’s friends with Heard, he’s not choosing sides.

According to the Twitter thread shared about celebrity supporters this week, Sarah Paulson, Amanda Seyfried, John Legend, Edward Norton, Lena Headey and Emily Ratajkowski were listed among those who had shown support for Pro Heard posts.

Kathy Griffin has directly expressed her support for Heard, targeting Depp in the days following the court ruling.

The lawsuit between Depp and Heard could continue to dominate the headlines for months to come as both parties are now appealing the verdicts passed against them.

In California, Abortion Could Become a Constitutional Right. So Could Birth Control.

Five substitutes: What changes can we expect this season?