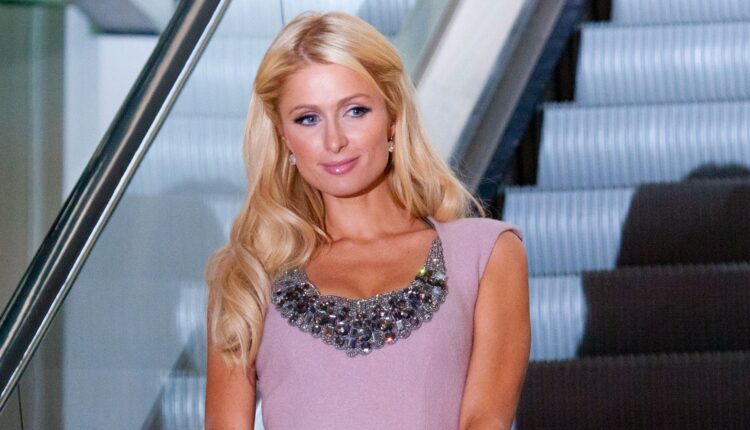 The lifestyle of the rich and famous is not always as simple as some might think. The very things that fans admire them for, their fortune and fame, make them big robbery targets. It is no secret that these celebrities have a lot of money and therefore own expensive items. Those with bad intentions have seen this as an opportunity to target and harass celebrities, knowing that if they carefully plan their crimes, they have a chance of making a very large payout. It’s scary, and many very well-known celebrities witnessed these terrifying moments first-hand. Despite all security efforts, many celebrities have fallen victim to theft, robbery and, in some cases, truly harrowing crimes. Hello Magazine notes that fans will be surprised at how many times this has happened and how many big names have been hit.

In addition to being broken into, Paris Hilton was targeted by a professional thief ring. Called “The Bling Ring,” they broke into a number of celebrity homes, making jewelry, clothing, and property valued at millions of dollars. Paris Hilton was one of the few who suffered a great loss. Her Los Angeles home was ransacked and she didn’t even notice at the time. In fact, the bling ring came back a second time as the first break-in went unnoticed. They stole over $ 1.2 million worth of jewels from her home during her second mission.

RELATED: Kim Kardashian on Ellen: Gunpoint Robbery “For a Reason”

The Kim Kardashian robbery was one of the most featured in the media. The violent, appalling robbery she witnessed in Paris became a subject of her family’s reality TV show, Keeping Up With the Kardashians, and clearly left her traumatized. During her stay in Paris in 2016, intruders broke into her luxury residence, held her at gunpoint and even handcuffed her in the bathroom before stealing her $ 11 million jewelry, including her Kanye West engagement ring. Over 17 people were eventually arrested.

Two years before his tragic murder, the legendary Tupac Shakur was robbed outside the Quad Recording Studios in New York City. The 1994 robbery went awry and Shakur was shot five times before thieves stole his $ 45,000 worth of jewelry. In 2012, convicted drug trafficker James Rosemond confessed to the crime but could not be charged because of the statute of limitations.

Simon and his family were sleeping at their home in Holland Park, London, when a burglar entered their house through a patio door and made out with $ 1 million worth of jewelry and his family’s passports. The thief was later caught, and Cowell seemed shocked to be in the house when all of this happened without realizing it had happened.

Nicole Scherzinger was the victim of an incredibly violent robbery. She was on her way to a music video shoot in Mexico when her car was stopped by gunmen. She was eventually released after she was ambushed, and it is believed that this was the work of a local gang. She was clearly traumatized after the incident.

Somehow, Kate Moss slept through a robbery in her London home that left bandits with huge works of art. Among the items taken away was a rare, valuable Banksy painting valued well in excess of $ 80,000. When she woke up, her art just wasn’t there and was never restored.

2 Chainz watched his security guards hand over his jewelry and cell phone to armed robbers who cornered the star as he walked down the street in San Francisco. That’s not the most shocking part. The entire time he was held at gunpoint, he thought he was being played a prank and didn’t really take the robbery seriously or think it was really happening. At some point, shots were fired, but no one was injured.

In 2004 Benedict Cumberbatch shot To The Ends of The Earth in South Africa. He was the passenger in a vehicle with his co-stars when it was stopped by six armed men. The stars were stripped of all of their personal effects, but that wasn’t the worst. They were also forced into the trunk of the car where Cumberbatch screamed for help and feared for his life. According to ET Online, the stars were taken out of the trunk, handcuffed and asked to kneel on the floor. Feeling lucky to have made it alive, Cumberbatch says he thought this was the end for him as it all unfolded.

Hilary Duff was in Canada in 2017 when thieves entered her Beverly Hills mansion and absolutely robbed. They went with jewelry worth well over $ 100,000 and made it without setting off their very expensive, top-notch alarm.

Rihanna likely thinks twice before posting too much personal information on social media. When she released information that showed she was not home, her home was robbed. Nor did this happen just once. It happened twice. The items she took away have not been made public, but fans assume that from this point on she will be more discreet if she shares her absence in her place of residence in her posts.

Naomi Campbell was seriously injured by a robber in Paris in 2012. She tried to call a taxi when she was attacked by thieves. She was thrown to the ground and is said to have fought hard for her life and safety. She was later seen in a wheelchair and then on crutches due to the severity of her injuries from this terrible incident.

Nicki Minaj lost $ 200,000 when her Los Angeles home was broken into and destroyed in 2017. The break-in occurred while she was out of town and it was evident that the robbers were taking their time breaking into her home. In addition to taking their valuables with them, they also took a break to turn their furniture, and they destroyed their personal items such as picture frames and cut some of their clothing.


Next
The five richest beauty influencers of 2021

A writer and editor with a passion for life, Leena keeps her finger on the pulse of the latest news and events. She spends her free time wherever the sun shines.

What role does portfolio optimization play in a trading strategy?