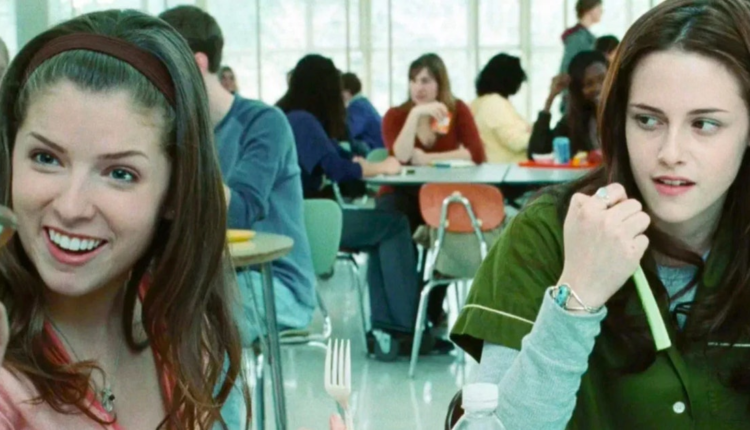 Whether you’re a Twilight fan or not, there’s a good chance you’re familiar with the iconic franchise. When Stephenie Meyer’s first book was published in 2005, the clouds parted, birds sang and suddenly everyone wanted to be bitten by Robert Pattinson. While Pattinson and Kristen Stewart became household names for playing the Star-Crossed lovers, there were actually plenty of other celebrities who starred in the Twilight films. It’s time to go back to the late 2000s to delve deep into the forgotten faces of the franchise.

Granted, the show was kind of distracting, because hello? A grumpy, hot vampire falls in love with a “normal” girl and they then have animal vampire sex and father a half-human baby and live happily ever after? Yes, please. Add the folklore and superpower aspects – not to mention a few love triangles – and you had a classic franchise (which is now streamed on Netflix, by the way).

Although Edward and Bella (and of course Jacob, played by Taylor Lautner) were the main characters in the films, there were plenty of supportive people (and vampires) who helped move the story forward. Here’s a rundown of some of the celebs you probably forgot to play in the movies. Boy don’t you love to see her in the 2008 fashion?

If you don’t remember Anna Kendrick in Twilight, you are not the only one. She herself forgot that she was playing the role of Jessica, Bella’s friend at school, who gave her class on-screen graduation speech. She appeared in the first four films and only missed the last part.

Before Rami Malek starred in Amazon’s Mr. Robot and won the Oscar for Best Actor in 2019 for his role in Bohemian Rhapsody, Rami Malek played a talented Egyptian vampire named Benjamin in Breaking Dawn: Part 2. His character helped Bella and Edward during the final Volturi battle.

Before Angela Sarafyan played Clementine Pennyfeather in Westworld, she played Tia, Benjamin (Malek) ‘s partner. Like Benjamin, she was a member of the Egyptian circle.

One of the first times Dakota Fanning played an “evil” character was for the Twilight saga, in which she portrayed Jane, one of the members of the Volturi, the group that guarded the rest of the vampires and published it for the Cullens.

You can probably recognize Maggie Grace by her roles in The Walking Dead and Taken, but she actually appeared in Breaking Dawn: Part 1 and Breaking Dawn: Part 2 as one of the original members of the Denali circle (who also happen to be vegetarian vampires). ).

Lily Collins’ ex, Jamie Campbell Bower, played as Caius – a member of the Volturi – in the Twilight saga, who is checking out because he’s known for his sinister roles. Can’t you remember where you saw him? Bower played a young version of Gellert Grindelwald in Harry Potter, a role he later repeated in the Fantastic Beasts series.

Before starring in The Walking Dead and Selena: The Series, Christian Serratos made her big movie debut as Bella’s classmate Angela Weber. In case you forgot, Angela was shy at first, but after Edward left Bella and everyone went to #TeamJacob in New Moon, she and Bella became close friends.

Rachelle Lefevre originally played Victoria – the wicked red-haired vampire who was in love with James – in the first two Twilight films, but Jurassic World star Bryce Dallas Howard took over the role in the third film.

Speaking of James, The OC and Easy A-Star, Cam Gigandet played the villainous, nomadic vampire in the first Twilight film. He’s the vampire who tried to kill Bella in the ballet studio. After Edward killed him, his mate Victoria made it her business to kill Bella.

Noel Fisher, who played Mickey in Shameless, played a major role in the Twilight series. His character Vladimir was one of the founding members of the Romanian coven, the clan that happened to be enemies of the Volturi.

The Twilight saga is now streamed on Netflix.